INCLUDES THE UNDERTONES, STIIFF LITTLE FINDERS, RUDI, PROTEX, THE OUTCASTS, THE MOONDOGS, VICTIM, THE IDIOTS AND MANY MORE.

MANY RARE AND HARD TO FIND TRACKS, INCLUDING MATERIAL RELEASED ON BOTH

The plight of Northern Ireland throughout the 1970s and 1980s is well documented. Less widely acknowledged, though, is the unifying impact that punk rock and everything that came in its wake had on the country’s youth. Whilst violence, disenchantment and danger became everyday obstacles, punk provided an outlet, a means of expression and something beyond the political landscape in a way few other cities on earth could have understood.

The Shellshock Rock film first captured this in 1978, and we proudly extend that account with three discs of tracks recorded during a period that breathed new life into the country’s musical culture. The bands of Belfast and beyond created a scene entirely of their own, without the aid of an existent network of venues and publications. Punk forged alliances that reached across sectarian boundaries, and pushed back against a culture of traditions and establishment which seemed to offer very little to the country’s youth.

Featuring in-depth sleeve-notes, essays by both Stuart Bailie and John T. Davis, unseen imagery and, for the first time outside of Japan, the seminal Shellshock Rock film, this latest addition to our series of deep, geographically focussed sets promises to be the most vital of them all. Nowhere was punk as necessary and as life-changing as it was in Northern Ireland.

BROUGHT TO YOU BY THE TEAM BEHIND:
“MANCHESTER – NORTH OF ENGLAND”
“REVOLUTIONARY SPIRIT – THE SOUND OF LIVERPOOL”
“BIG GOLD DREAMS – A STORY OF
SCOTTISH INDEPENDENT MUSIC” and…
“DREAMS TO FILL THE VACUUM – THE SOUND OF SHEFFIELD” 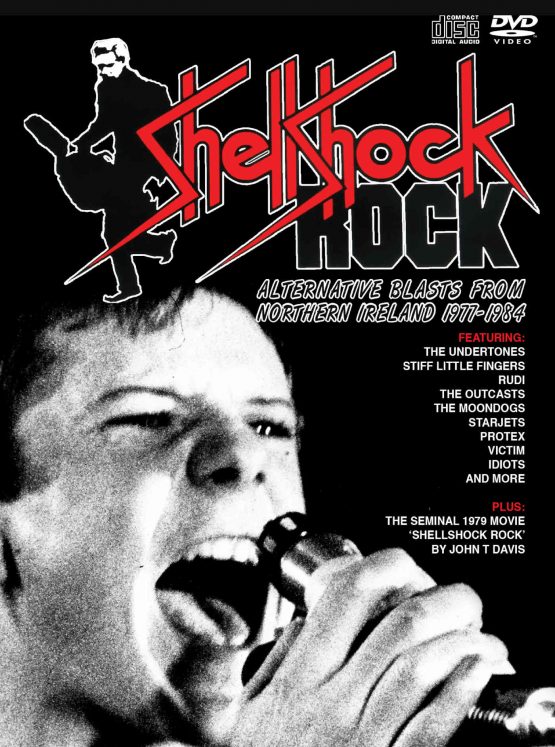 Posted by Jack Clough / 145
This month we are shining the spotlight on our Reggae, Ska, & Dub titles with a 20% off sale! All you have to do to... Continue reading

Posted by Jack Clough / 196
Issue Number 5 of our ‘Business Unusual’ newsletter was just fired in to cyberspace! Business Unusual features our latest acquisitions, deals, and adventures in the... Continue reading

Posted by Jack Clough / 254
A NEWLY RECORDED CD EP BY THE LEGENDARY PROCOL HARUM Esoteric Antenna label is pleased to announce the release of a new CD EP by... Continue reading

Posted by Richard / 1193
The merry month of May is here and we have a marvellous array for new titles to treat your ears to. Here’s the full schedule... Continue reading