THIRD EAR BAND was one of the earliest signings to EMI’s Progressive imprint, Harvest Records. The band was formed in 1968 around a nucleus of GLEN SWEENEY (percussion), PAUL MINNS (Oboe), RICHARD COFF (Violin, Viola) and MEL DAVIS (cello). Third Ear Band were unique in their exploration of exotic baroque music fused with experimental rock. Signing to Blackhill Enterprises in 1969, the quartet opened for many of the legendary Hyde Park free concerts by Pink Floyd, The Rolling Stones and Blind Faith. Their debut album, “Alchemy”, released in July 1969, was championed by legendary DJ John Peel and is regarded as one of the most striking and original works of the era with its unique gothic improvisational music.

The band’s self-titled second album was released in June 1970 and saw URSULA SMITH replace MEL DAVIS on Cello. THIRD EAR BAND gained good reviews in the underground music press, but the group was always fluid with their line-ups and Ursula Smith and Richard Coff departed the band in September 1970 to be replaced by Ben Cartland and Paul Buckmaster. Cartland soon departed and DENIM BRIDGES was recruited on Electric Guitar along with former High Tide member SIMON HOUSE on Violin and VCS 3 synthesiser.

This line-up of the group were approached by film director Roman Polanski to write and record the soundtrack to his gritty film adaption of Shakespeare’s “Macbeth”. The darkly evocative and eerie music of Third Ear Band fitted perfectly with Roman Polanski’s cinematic vision of the acclaimed Shakespearian drama which starred Jon Finch, Francesca Annis and Martin Shaw. In March 1972 the soundtrack album MUSIC FROM MACBETH was released on HARVEST, but it would be the band’s final album.

MOSAICS – THE ALBUMS 1969-1972 gathers together the three THIRD EAR BAND albums released by HARVEST in a clamshell box and is the ideal introduction to the band and their uniquely haunting and evocative music. 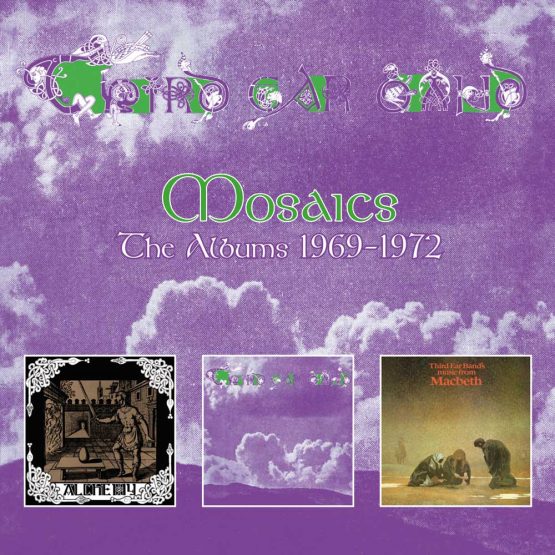 Posted by Jack Clough / 341
• A brand new series of releases devoted to the rise of Disco in the ‘70s, a genre which began when soul music became the... Continue reading

Posted by Jack Clough / 532
Esoteric Recordings is pleased to announce the release of a new boxed set featuring all of the albums recorded by the legendary ARTHUR BROWN &... Continue reading