STRAWBS| Esoteric bring us newly expanded and remastered reissues of ‘Burning For You’ and ‘Heartbreak Hill’ next week, and there’s still time to get a limited edition postcard with your pre-order!

Esoteric Recordings are pleased to announce the release of a newly re-mastered and expanded edition of the classic 1977 album BURNING FOR YOU by STRAWBS.

The initial recording sessions were supervised by Jeffrey Lesser who had previously worked with the band on the Deep Cuts album the previous year. Burning for You featured many fine compositions written mainly by Dave Cousins and Chas Cronk, spawning a hit single in Back in the Old Routine and also featured the Dave Lambert song Heartbreaker.

This Esoteric Recordings expanded edition has been newly re-mastered from the original master tapes and features four bonus tracks, including an early version of the song Joey and Me (later to feature on the band’s 1978 album Deadlines), two out-takes from the album sessions and the song Heartbreaker (a different composition from the song featured on Burning for You), from the 1977 Intergalactic Touring Band concept album project .

The release restores the original artwork and includes a new essay by Dave Cousins, making this the definitive edition of Burning for You.

1. BURNING FOR ME
2. CUT LIKE A DIAMOND
3. I FEEL YOUR LOVE COMING ON
4. BARCAROLE
(FOR THE DEATH OF VENICE)
5. ALEXANDER THE GREAT
6. KEEP ON TRYING
7. BACK IN THE OLD ROUTINE
8. HEARTBREAKER
9. CARRY ME HOME
10. GOODBYE
(IS NOT AN EASY WORD TO SAY)
BONUS TRACKS
11. JOEY AND ME (1976 SESSION)
12. GOODBYE (ALTERNATE VERSION)
13. BARCAROLE (FOR THE DEATH OF VENICE) (DAVID COUSINS & ROBERT KIRBY INSTRUMENTAL VERSION)
14. HEARTBREAKER (DAVE COUSINS / THE INTERGALACTIC TOURING BAND) 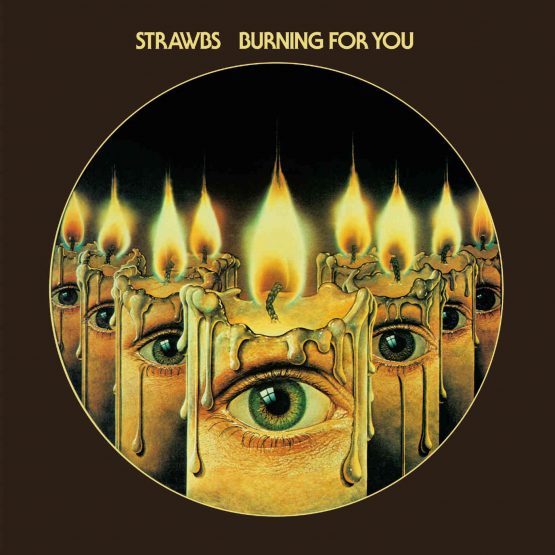 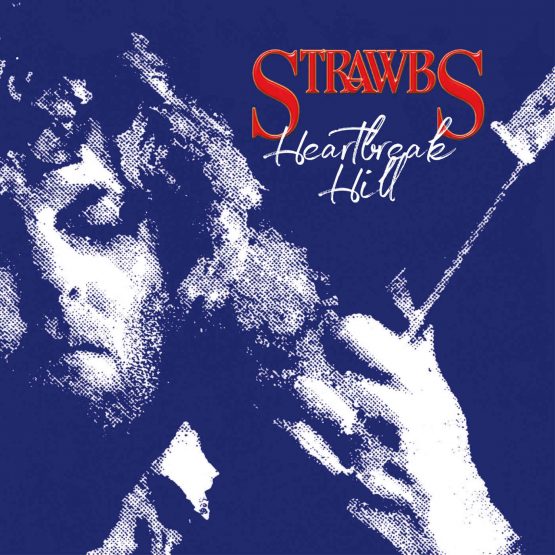 Esoteric Recordings are pleased to announce the release of a newly re-mastered and expanded edition of the classic “lost” Strawbs album HEARTBREAK HILL.

Recorded in 1978 at Ringo Starr’s Startling Studios, the album was recorded at a time of change for the band. Seeking to rethink their approach (following the release of the album Deadlines), the sessions would feature a line-up of Dave Cousins (vocals, guitar), Chas Cronk (bass,vocals), Andy Richards (keyboards), Tony Fernandez (drums) and Jo Partridge (guitars, mandolin, vocals).

Recording sessions began with Dave Lambert in the ranks, but his departure after the recording of the song “Something for Nothing” led to the recruitment of Jo Partridge. The album would also see the guest appearance of Miller Anderson on guitar and vocals on the song ‘We Can Make it Together’. Despite the fraught nature of the beginning of the recordings, the finished work was a fine Progressive Rock album. Alas, upon completion, Strawbs found themselves without management or a record deal and HEARTBREAK HILL would remain unreleased in any form until 1995 when a CD was prepared from a 7 ½ ips copy tape. The discovery of the original master tapes in 2006 saw a new re-release of the album.

Now, HEARTBREAK HILL has been newly re-mastered and features four bonus tracks, including two David Cousins home demos from 1978 and live recordings of ‘Heartbreak Hill’ and ‘Starting Over’ from the Strawbs 40th anniversary celebration in September 2009 performed by the line-up who recorded the original album. The release includes a new essay by Dave Cousins, making this the definitive edition of HEARTBREAK HILL.

Posted by Jack Clough / 236
#NewMusicFriday is here and we’ve got a hefty dose of reggae sounds to add to your collection, with two new reissues from Doctor Bird. PLUS... Continue reading