Watch a fascinating chat about post-punk’s seismic and well recounted impact on the UK music scene with writer, DJ and music historian Bill Brewster. Bill is joined by Janine Rainforth from Maximum Joy, Martin Moscrop from A Certain Ratio and Andy Wilson from The Passage. The 45 minute chat looks at each artist’s own experience in the music industry and the effects their music had on society.

In the wake of punk’s seismic and well recounted impact on the UK music scene, countless hitherto unavailable influences suddenly became available and de rigueur for the nation’s would-be pop stars. Enabled by a new kind of record shop that began to appear across the country in Rough Trade’s image, and encouraged by an absolute disregard for ‘the rules’, interested young people were quickly exposed to a broad spectrum of music from beyond the realm of three chord rock ‘n roll. Nowhere was the outcome more notable than on the dancefloors of the day.

‘Shake The Foundations’ captures that after dark revolution, showcasing an era when disco, dub, electronica, funk and – whisper it – pop sensibilities – began to flood into the alternative, post-punk landscape. Running parallel with Ze Records and the no-wave movement in the US, clubs such as Marc Almond’s Digital Disco and legendary nights at The Garage in Nottingham, The State in Liverpool, the Blue Note in Derby and across London at nights like the Batcave became fast moving, democratic melting pots.

Across 3CDs, Bill Brewster selects highlights from his own extensive DJing career, each disc individually curated. As he himself puts it, “The important thing was not to impress James Brown, emulate the Fatback Band or wear Kraftwerk’s game-face. The point was to have a go. ‘Shake The Foundations’ is not a comprehensive look at post-punk, so much as a shakily hand-drawn map of a particular area. It’s what happened when the post-punk fallout collided with the dancefloor, and forty years later we’re still feeling its effects”. 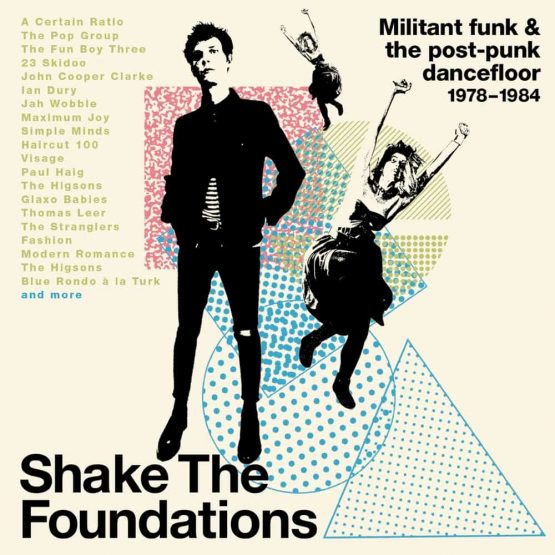 Posted by Jack Clough / 141
Out today on #NewMusicFriday we’ve got a brand new EP from none other than some true legends of British rock music – Procol Harum! You... Continue reading

Posted by Jack Clough / 329
This month we are shining the spotlight on our Reggae, Ska, & Dub titles with a 20% off sale! All you have to do to... Continue reading

Posted by Jack Clough / 236
Issue Number 5 of our ‘Business Unusual’ newsletter was just fired in to cyberspace! Business Unusual features our latest acquisitions, deals, and adventures in the... Continue reading

Posted by Jack Clough / 282
A NEWLY RECORDED CD EP BY THE LEGENDARY PROCOL HARUM Esoteric Antenna label is pleased to announce the release of a new CD EP by... Continue reading

Posted by Richard / 1243
The merry month of May is here and we have a marvellous array for new titles to treat your ears to. Here’s the full schedule... Continue reading