PROG MAGAZINE| Find out which Artists we’ve worked with made it on to Prog Magazine’s list of 100 Greatest Prog Musicians of All Time!

The last issue from our friends at Prog Magazine is out now and we were delighted to find a feature on the greatest Prog musicians of all time.
Who is the greatest prog musician of all time? After Prog Magazine’s biggest ever reader vote (80,000+), you made your call and they printed the results of the Top 200 musicians you voted for. It makes for fascinating reading. There’s also a brand-new interview with John Lees from Barclay James Harvest!
We’ve been lucky enough to work with many of the musicians on that list, which we’ve highlighted below.

You can order your copy of Prog (#113) here: https://www.magazinesdirect.com/az-single-issues/47052423/prog-magazine-single-issue.thtml 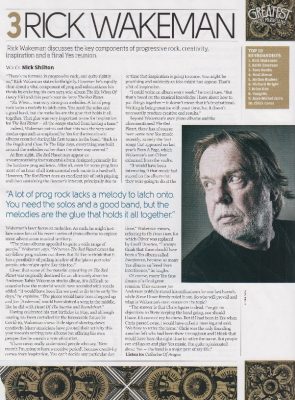 Rick Wakeman is an English keyboardist, songwriter and producerbest known for being in the progressive rock band Yes across five tenures between 1971 and 2004, and for his solo albums released in the 1970s.

We’ve worked with Rick on many reissues over the years, including The Art In Music Trilogy 3CD edition and the Anderson, Bruford, Wakeman, Howe remastered edition. 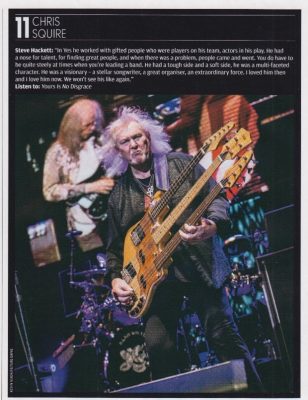 Chris Squire was an English musician, singer and songwriter best known as the bassist and a founding member of the progressive rock band Yes.

He was the longest-serving original member, having remained in the band until his death and appearing on every studio album released from 1969 to 2014.

We are the representatives to Chris’ first solo album, the acclaimed classic Fish Out Water.

Squackett – A Life Within A Day

Steve Howe is an English musician, songwriter and producer, best known as the guitarist in the progressive rock band Yes across three stints since 1970.

We worked with The Steve Howe Trio, a jazz trio led by Steve Howe and with his son Dylan Howe on drums and Ross Stanley on Hammond organ. We released their 2019 album New Frontier on CD and vinyl. 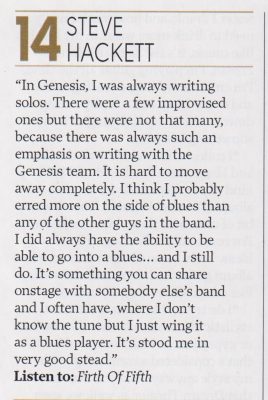 Steve Hackett is an English musician, songwriter, singer, and producer who gained prominence as the lead guitarist of the progressive rock band Genesis from 1971 to 1977 and has had a successful solo career since.

We’ve worked with Steve on various reissues over the years, and most recently on his collaboration albums with Hungarian group Djabe.

Squackett – A Life Within A Day 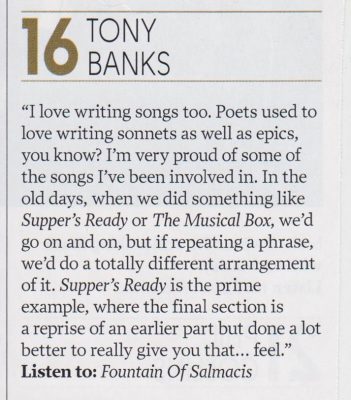 Tony Banks is an English musician, songwriter and film composer primarily known as the keyboardist and founding member of the rock band Genesis. Banks is also a prolific solo artist, releasing six solo albums that range through progressive rock, pop, and classical music.

We have 2 career defining boxsets of Tony’s work, alongside vinyl versions of the acclaimed albums A Curious Feeling and The Fugitive. 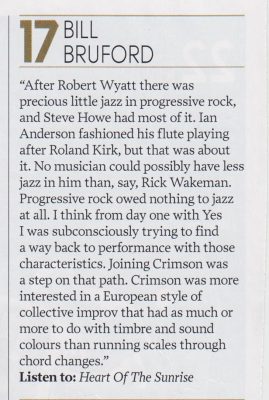 Bill Bruford is an English drummer, composer, producer, record label owner and musicologist who first gained prominence as a founding member of the progressive rock band Yes. After his departure from Yes, Bruford spent the rest of the 1970s playing in King Crimson (1972-1974) and touring with Genesis (1976) and U.K. (1978). Eventually he formed his own group (Bruford), which was active from 1978-1980.

In 2019 we released “Earthworks Complete” – a Summerfold Records box set reissue of the entire back catalogue across the band’s 20-year career. 15 titles on 20 audio and 4 DVD discs include previously unreleased and little known material. Find out more here. 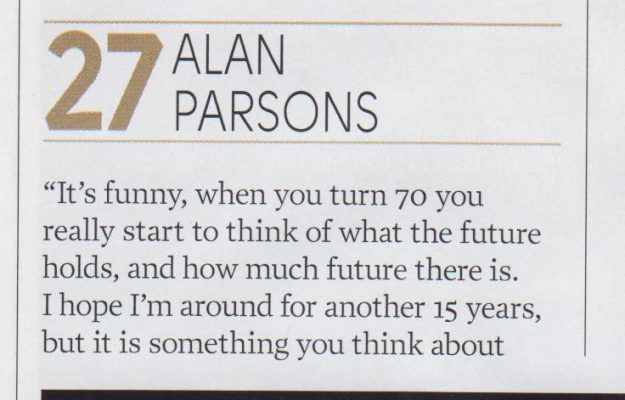 Parsons was involved with the production of several albums, including the Beatles’ Abbey Road (1969) and Let It Be (1970), Pink Floyd’s The Dark 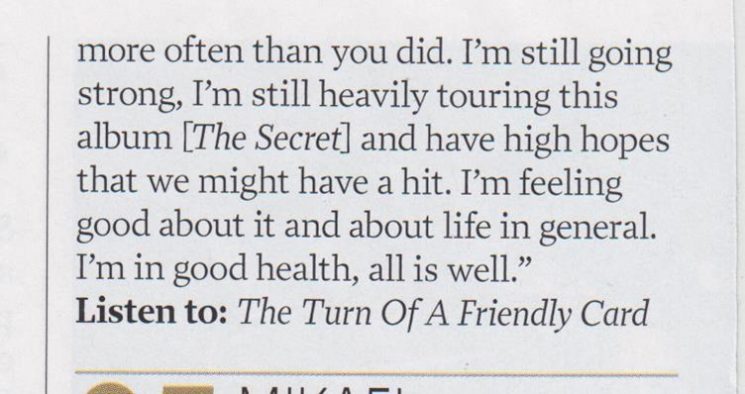 Side of the Moon (1973), and the eponymous debut album by Ambrosia in 1975. Parsons’s own group, The Alan Parsons Project, as well as his subsequent solo recordings, have also been commercially successful. He has been nominated for 13 Grammy Awards.

We released a new re-mastered limited edition deluxe expanded boxed set of the classic album Ammonia Avenue in 2020, alongside a blu-ray release of the same album. 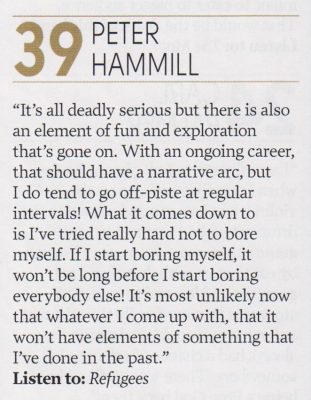 Peter Hammill is an English singer-songwriter. He is a founder member of the progressive rock band Van der Graaf Generator.

We have worked with the band many times over the years, starting with their 2011 studio album A Grounding In Numbers, 2012’s ALT, 2016’s Do Not Disturb and most recently a deluxe reissue of their debut The Aerosol Grey Machine.

Do Not Disturb, CD

A Grounding in Numbers, CD 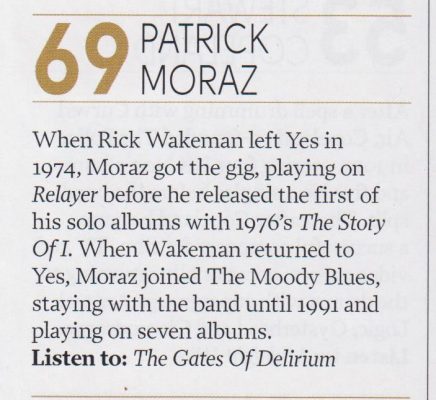 Patrick Moraz is a Swiss musician, film composer and songwriter best known for his tenures as keyboardist in the rock bands Yes and The Moody Blues.

He formed Refugee in 1974 and recorded one album before he joined Yes of that year. Moraz stayed with them until 1976; during this time he started a solo career with his first album, The Story of I (1976).

We have reissued The Story Of I, as well as several other Moraz albums, and the self-titled Refugee album.

Out In The Sun, Remastered CD Edition

The Story Of i: Remastered Edition, CD 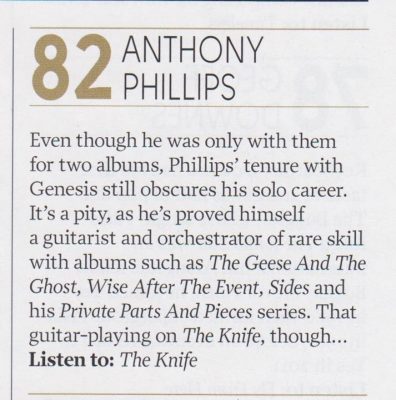 Anthony Phillips is an English musician, songwriter, producer and singer who gained prominence as the original lead guitarist of the rock band Genesis, from 1967 to 1970. After Phillips recorded From Genesis to Revelation and Trespass with the band, he left in July 1970 and learned to play more instruments before he began a solo career.

Phillips released his first solo album, The Geese & the Ghost, in 1977. He continues to release solo albums, including further solo albums, television and film music, collaborations with several artists, and compilation albums of his recordings.

We have been lucky to work with Anthony for several years on many reissues and new albums.

The Geese And The Ghost: Definitive Edition – 2CD/1DVD Clamshell Set 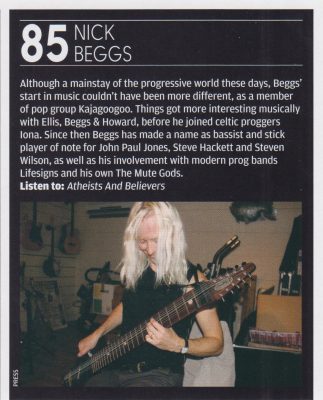 Nick Beggs is an English musician, noted for playing the bass guitar and the chapman stick; he is a member of The Mute Gods and Kajagoogoo, formerly also a part of Iona and Ellis, Beggs, & Howard and plays in the band of Steven Wilson. 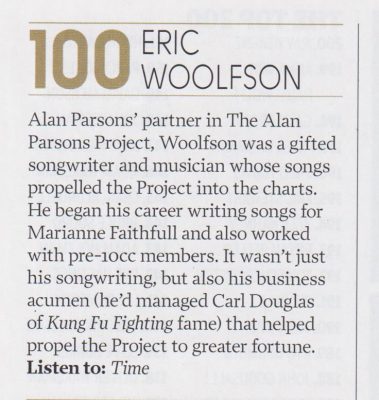 Eric Woolfson was a Scottish songwriter, lyricist, vocalist, executive producer, pianist, and co-creator of The Alan Parsons Project. Together they sold over 50 million albums worldwide. Following the 10 successful albums he made with Alan Parsons, Woolfson pursued a career in musical theatre. He wrote five musicals which won numerous awards, have been seen by over a million people, and have been performed in Germany, Austria, Korea and Japan.

We released a new re-mastered limited edition deluxe expanded boxed set of the classic album Ammonia Avenue in 2020, alongside a blu-ray release of the same album. 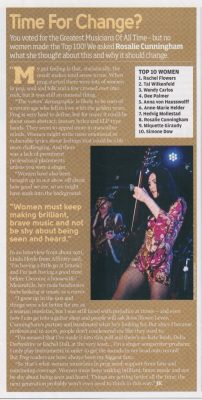 Rosalie Cunningham is an English singer-songwriter. After the split of the band Ipso Facto and Purson, Cunningham is now a solo performer and received critical acclaim for a debut self-titled solo album in 2019.

Posted by Jack Clough / 423
• A brand new series of releases devoted to the rise of Disco in the ‘70s, a genre which began when soul music became the... Continue reading

Posted by Jack Clough / 592
Esoteric Recordings is pleased to announce the release of a new boxed set featuring all of the albums recorded by the legendary ARTHUR BROWN &... Continue reading