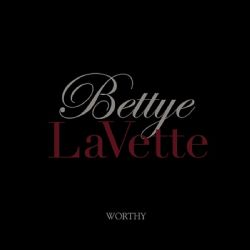 SKU: CDBRED649
Categories: 10.95, Cherry Red Records, Cherry Red Sale, Physical, Sitewide Sale
Share:
Description
• THE BRAND NEW STUDIO ALBUM FROM LEGENDARY AMERICAN GRAMMY NOMINATED VOCALIST BETTYE LaVETTE
• PRODUCED BY GRAMMY NOMINATED PRODUCER JOE HENRY
Bettye LaVette is a true legend with a musical career spanning over 50 years, she is now rightly recognized as one of the finest vocalists and one of the great interpreters of song. In Bettye’s amazing career she has performed for Barack Obama at his 2009 Presidential inauguration, (duetting with Jon Bon Jovi) and sang a moving interpretation of “Love Reign O’er Me” at the Kennedy Center Honors tribute to The Who (which brought Pete Townshend to tears and stunned Roger Daltrey). Her discography spans five decades, but it is within the past decade that she has finally been recognized as one of America’s finest vocal talents.
In 2005 she recorded the album I’ve Got My Own Hell to Raise, which was produced by Grammy nominated producer Joe Henry, (hailed as one of the best albums of the year by many critics). Joe Henry now reflects; “I’ve Got My Own Hell To Raise confirmed Bettye’s standing as a soul and blues singer nearly without peer, and evidenced for many what had for so long been hidden in plain sight. No matter the public perception, Bettye refused the term “comeback,” of course, in regard to her newfound recognition, owing to the simple fact that she had gone nowhere from which returning was necessary: she’d been here all along”. Two more fine albums followed, both of which were nominated for Grammy Awards: The Scene Of The Crime in 2007 and Interpretations: The British Rock Songbook in 2010.
Now, after almost a decade, the legend that is Bettye LaVette has teamed up with producer Joe Henry once again and the result is a stunning new album, Worthy, featuring 11 songs composed by writers such as Mick Jagger & Keith Richards, Bob Dylan, John Lennon & Paul McCartney, Mickey Newbury, Beth Nielsen Chapman & Mary Gauthier(who wrote the album title track) and Joe Henry among others. As Joe Henry states; “With every song on Worthy, Bettye finds the thread that first will unravel it. Then she stitches it all back together until it fits her taut frame and fierce stride, until it bends to meet her; until each song’s story is somehow, miraculously, telling her own”. Worthy is a supreme achievement from a uniquely gifted performer.

Please Note: This title is released 26th January 2015 and will not be dispatched until this date.
TRACK LISTING:
1. UNBELIEVABLE
2. WHEN I WAS A YOUNG GIRL
3. BLESS US ALL
4. STOP
5. UNDAMNED
6. COMPLICATED
7. WHERE A LIFE GOES
8. JUST BETWEEN YOU AND ME AND THE WALL YOU’RE A FOOL
9. WAIT
10. STEP AWAY
11. WORTHY
Additional information
Tracklist
Track listing as above.
Reviews (0)