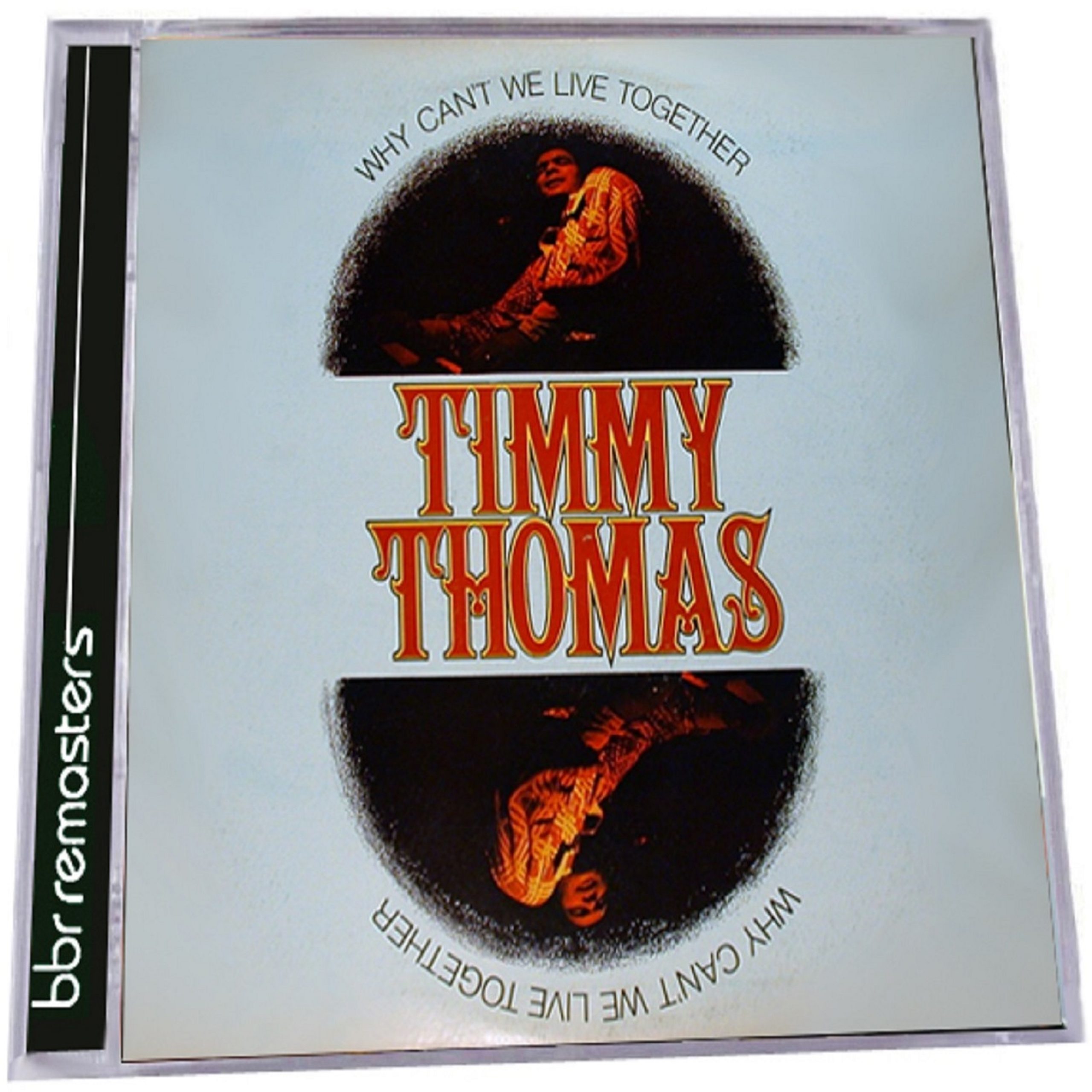 Timmy Thomas: Why Can’t We Live Together, Expanded CD Edition

• Timmy Thomas is a keyboardist, R&B singer, songwriter and producer who hails from Evansville, Indiana where he was born on the 13th of November 1944. As a keyboardist Thomas came to prominence as an accompanist with Jazz legends Donald Byrd and Cannonball Adderley in the early 60’s before joining the group Phillip & The Faithfuls, releasing several singles on the Goldwax record label in 1964, before settling in Memphis as a session musician while still releasing solo sides for Goldwax with modest success. After a brief stint on the Climax label in 1970 Thomas found a new home on Glades Records, a subsidiary of T.K. Records, in Miami in 1972.

• WHY CAN’T WE LIVE TOGETHER was the first of four albums Thomas recorded on Glades Records and with the title track released as the first single in late 1972 Thomas had his first and biggest hit with ‘Why Can’t We Live Together’ which peaked at #1 R&B and #3 Pop in the U.S., and #12 in the U.K. The success of the title track propelled the album to #10 R&B and #53 Pop in 1973.

• “Why Can’t We Live Together” has a very stripped down production, a sound echoed throughout the album, with Thomas’s soulful organ played in an improvisational style over the rhythm sections, giving room for his impassioned vocals. Other notable cuts on the album are the standard ‘The First Time Ever I Saw Your Face’ and a cover of The Chi-lites ‘The Coldest Days Of My Life.’

• BBR is very proud to bring you WHY CAN’T WE LIVE TOGETHER, completely remastered and repackaged complete with extensive liner notes and extended bonus content and an interview with Timmy Thomas.

• WHY CAN’T WE LIVE TOGETHER is a must have for all R&B, Soul, Jazz and Funk fans out there!

Notice: id was called incorrectly. Product properties should not be accessed directly. Backtrace: require('wp-blog-header.php'), require_once('wp-includes/template-loader.php'), include('/themes/xstore/woocommerce/single-product.php'), wc_get_template_part, load_template, require('/themes/xstore/woocommerce/content-single-product.php'), do_action('woocommerce_after_single_product_summary'), WP_Hook->do_action, WP_Hook->apply_filters, woocommerce_output_product_data_tabs, wc_get_template, include('/themes/xstore/woocommerce/single-product/tabs/tabs.php'), wpb_new_product_tab_content, WC_Abstract_Legacy_Product->__get, wc_doing_it_wrong Please see Debugging in WordPress for more information. (This message was added in version 3.0.) in /home/cherryredco/public_html/wp-includes/functions.php on line 4986
1. WHY CAN’T WE LIVE TOGETHER
2. RAINBOW POWER
3. TAKE CARE OF HOME
4. THE FIRST TIME EVER I SAW YOUR FACE
5. THE COLDEST DAYS OF MY LIFE
6. IN THE BEGINNING
7. COLD COLD PEOPLE
8. OPPORTUNITY
9. DIZZY DIZZY WORLD
10. FUNKY ME
BONUS TRACKS
11. PEOPLE ARE CHANGING
12. WHY CAN’T WE LIVE TOGETHER
(SINGLE VERSION)
13. FUNKY ME (SINGLE VERSION)