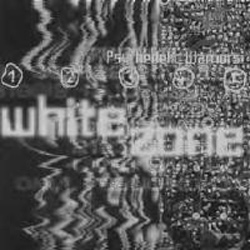 SKU: ATOMCD1023
Categories: 10.95, Atomhenge, Esoteric Sale, Hawkwind Sale, Physical, Sitewide Sale
Share:
Description
ATOMHENGE, the home of Hawkwind’s catalogue from 1976 1997, continue their series of definitive reissued editions of these classic albums with the release of WHITE ZONE.
Credited to the fictitious group Psychedelic Warriors, the album was recorded by DAVE BROCK, ALAN DAVEY and Richard Chadwick at Rockfield studios in November and December 1994, revealing another side of their musical nature, taking in influences from the UK Dance and Rave music scene, creating a unique record that was also undeniably Hawkwind.Issued on the Emergency Broadcast label in 1995 and deleted soon after, the album has remained elusive to Hawkwind fans for many years, making this reissue most welcome.
Additional information
Tracklist
1. AM I FOOLING
2. FRENZZY
3. PIPE DREAMS
4. HEART ATTACK
5. TIME AND SPACE
6. THE WHITE ZONE
7. IN SEARCH OF SHANGRILA
8. BAY OF BENGAL
9. MOONBEAM
10. WINDOW PANE
11. LOVE IN SPACE