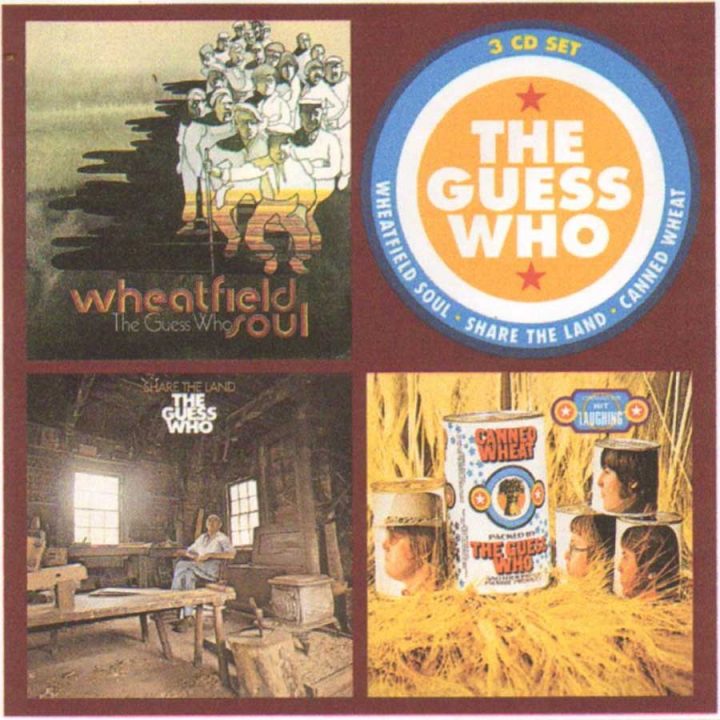 SKU: IBIRD30008CD
Categories: 9.95, Box Sets, Christmas Box & Vinyl Sale, IronBird, Physical, Sitewide Sale
Share:
Description
Wheatfield Soul became a collector’s item over the years. The hit These Eyes has the authority that the band repeated on chart songs down the line. What make Wheatfield Soul so sought after is inventive themes that found their way onto later albums. These Eyes remains timeless; it is the song that stands out as the masterpiece on this creative album.

Recorded in the aftermath of Randy Bachman’s departure, Share The Land was a better album than anyone expected. It was the biggest selling original album in their career. Burton Cummings is in excellent voice and the new double lead guitar team of Kurt Winter and Greg Leskiw gave the band a greater range than they had before. The original album includes two numbers from earlier sessions, Palmyra and The Answer , featuring Randy Bachman on guitar.

Additional information
Tracklist
Disc One: Wheatfield Soul These Eyes / Pink Wine Sparkles In The Glass / I Found Her In A Star / Friends Of Mine / When You Touch Me / A Wednesday In Your Garden / Lightfoot / Love And A Yellow Rose / Maple Fudge / We're Coming To Dinner

Disc Two: Share The Land Bus Rider / Do You Miss Me Darlin' / Hand Me Down World / Moan For You Joe / Share The Land / 6 Hang On To Your Life / Coming Down Off The Money Bag / Song Of The Dog / Three More Days / Palmyra / 1 The Answer