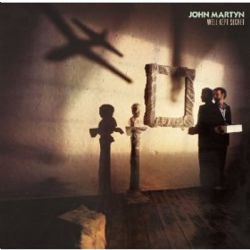 Esoteric Recordings are pleased to announce the release of a newly remastered and expanded edition of “Well Kept Secret”, John Martyn’s classic album from September 1982.

The album was John’s second album for WEA Records and was a slight change of artistic direction for him, but was well received critically and also became a UK top 20 hit. Including tracks such as ‘Could’ve Been Me’, ‘Hung Up’, ‘Never Let Me Go’ (featuring a wonderful saxophone solo by Ronnie Scott), the album spawned a successful UK tour and earned John Martyn praise from many quarters. New Musical Express declared the record to be “pacier and louder than he’s ever been on one album before. It’s a good record, a class record”

This Esoteric Recordings edition of “Well Kept Secret” has been newly remastered by Paschal Byrne and features an illustrated booklet with an essay by John Martyn aficionado and official web master John Hillarby. It also includes two bonus tracks, released as a single in October 1982.