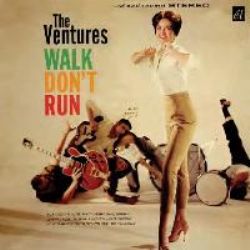 SKU: ACMEM207CD
Categories: 9.95, El, El Records Sale, El! Christmas Sale, Physical, Sitewide Sale
Share:
Description
Formed in Tacoma, Washington, The
Ventures’ created a brilliant new reverb-drenched guitar sound that
encapsulated the modernist attitudes of the early sixties.
They went on to be the most successful
instrumental group of all time, selling 90 million records.
It is impossible to overstate The
Ventures popularity in Japan, where they captured the imagination of a whole
generation. Transcending the language barrier, the group sold 40 million albums
in Japan alone (outselling The Beatles two-to-one).
The Ventures hit debut album ‘Walk
Don’t Run’ was one of the first rock albums to be recorded in stereo and we
present it here in both the original stereo and mono versions. The title track,
written by Johnny Smith, reached
No.2 in the US single chart in 1960, and remains their signature piece.
In this el set, The Ventures album is
augmented by recordings of the same vintage by pioneer British guitarist Bert
Weedon, the first man to take a guitar instrumental, Guitar Boogie Shuffle, to
the top of the UK charts.
Best known for his Play In A
Day book which has inspired generations of fledgling guitarists, Weedon enjoyed
six UK single hits in 1959-60 paving the way for The Shadows and The Tornados.