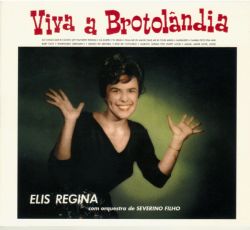 SKU: ACMEM290CD
Categories: 9.95, El, El Records Sale, El! Christmas Sale, Physical, Sitewide Sale
Share:
Description
“Elis Regina was the best singer Brazil ever had. Without a doubt. Working with her I discovered she lived a whole life in just half a life.”
– Roberto Menescal
• In 1961, the Porto Alegre-born, 16-year-old Elis Regina recorded her first album, and within twelve months was proclaimed ‘Best Singer of the Year’ in the south of Brazil. From the beginning, her vocal talent was indisputable, startling even, and furthermore she had a hunger to match.
• Nicknamed ‘The Hurricane’ or ‘Pimentinha’ (‘Little Pepper’) – allusions to her tempestuous mood swings and unquenchable drive – the youthful Elis made the move first to Rio de Janeiro where she forged a birth certificate in order to sing in night clubs and stowed away in bathrooms during police raids. She then proceeded to São Paulo where she captivating audiences with charm and style and beautiful interpretations of bossa nova tunes composed by such legends as Tom Jobim and Vinicius de Moraes.
• Elis blazed through the 1960s, setting new standards for interpretive style. She recorded bossa, samba and the new electric songs of the MPB composers. Like Carmen Miranda, she had an uncompromising attitude toward her work, which she tackled consciously and systematically, but always self-critically.
• But these glories were in the future, Elis’ early pre-bossa recordings presented here, combine boleros, cha-cha’s and covers of domestic and North American chart hits which would established her as a candidate to the throne of  “Queen of the Teenyboppers”, in retrospect a somewhat limited ambition that her crystalline voice and compelling vivacity would soon transcend.