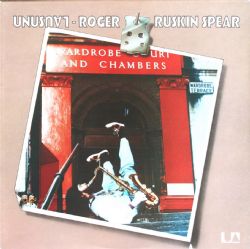 Originally released in 1973 on the United Artists label, “Unusual” followed on from his first solo LP, “Electric Shocks” (also issued by Esoteric Recordings this month) and continued the wit humour and musical eccentricity that Roger had first explored with the Bonzo’s. The album featured musicians such as Thunderclap Newman and members of label mates Help Yourself on this delightfully off-the-wall record.

This Esoteric Recordings edition has been newly re-mastered from the original master tapes and features an illustrated booklet with new essay.