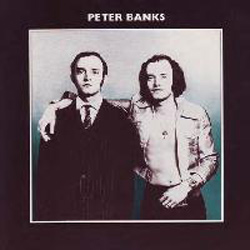 SKU: ECLEC2165
Categories: 10.95, Esoteric Recordings, Esoteric Sale, Physical, Sitewide Sale
Share:
Description
Upon his departure from YES following the release of the album ‘Time and a Word’, guitarist Peter Banks formed the Progressive band FLASH (whose self-titled debut album is also issued by Esoteric this month). The band enjoyed a degree of success in the USA which afforded BANKS the chance to record this solo album with a cast of guest musicians which included Jan Akkerman, Phil Collins, Steve Hackett and John Wetton
Additional information
Tracklist
1.
VISION OF THE KING

a.
ON THE HILL

b.
LORD OF THE DRAGON

7.
BEYOND THE LONELIEST SEA