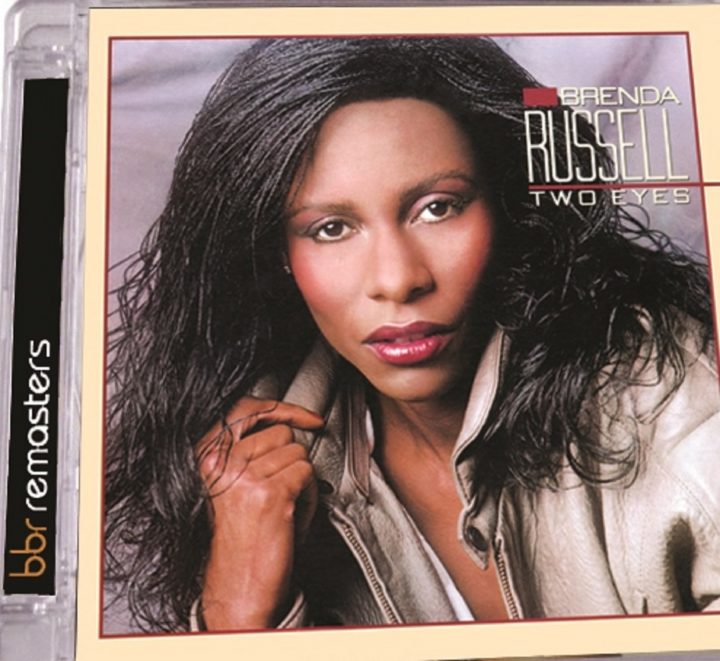 BBR is thrilled to present this expanded and remastered edition of TWO EYES in a deluxe super jewel case with brand new interviews with Brenda Russell and Tommy LiPuma as well as four bonus tracks.EMIX)

• As well as having her own notable hits with ‘PIANO IN THE DARK’, ‘SO GOOD SO RIGHT’ and ‘IN THE THICK OF IT’, Brenda Russell also penned classic songs that became major hits for others such as Oleta Adams (‘GET HERE’), Donna Summer (‘DINNER WITH GERSHWIN’) and Luther Vandross (‘IF ONLY FOR ONE NIGHT’). Tommy LiPuma signed Brenda to A&M where she released her 1979 self-titled debut and 1981’s LOVE LIFE. After his huge success of producing major Jazz/Soul albums at Warners for the likes of George Benson, Randy Crawford and Al Jarreau, LiPuma signed Brenda to the label in 1982 which resulted in the very underrated TWO EYES (Cash Box R&B #45), released in 1983.

• TWO EYES opens with its first single release. ‘I WANT LOVE TO FIND ME’ (Cash Box R&B #67) . The David Foster co-written ‘IT’S SOMETHING’ won Snarky Puppy and Lalah Hathaway a 2014 Grammy for Best R&B Performance for their cover version.

• Both ‘HELLO PEOPLE’- co-written with Michael McDonald and ‘NEW YORK BARS’ find Russell clearly aware of the increasingly modern world. The former finds her in a Zen like state of consciousness connecting with all that she finds wondrous, but the frenetic arrangement by Russell, Michael McDonald and James Newton-Howard evoke a world by now very cold fast and cut throat. That same world is what she addresses in ‘NEW YORK BARS’ but from a juxtaposed point of reference. This time the lyrics are almost paranoid, climaxing with an Orwellian undertone. Conversely, the soft jazz pop arrangement belies the fear found within.

• Elsewhere ‘JARREAU’, her tribute to Al Jarreau is a brilliant and evocative light funk jazz moment and the title track is the album’s most radio friendly moment. The McCartney inspired, melancholic ‘I’LL SEE YOU AGAIN’ features a harmonica solo from Stevie Wonder who is one of many notable guest performers on the album. ‘LOOK DOWN, YOUNG SOLDIER’ features a guest choir that includes Rita Coolidge, Randy Crawford, Christopher Cross, James Ingram, Al Jarreau, Patrice Rushen And Leon Ware.

• This BBR edition of TWO EYES also features four bonus tracks. As well as the single remix of ‘TWO EYES’ and her hit duet with Michael Franks (‘WHEN I GIVE MY LOVE TO YOU’), there are two early versions of ‘THIS TIME (I NEED YOU)’ and ‘MAKE MY DAY’ which were recorded and released in Sweden in 1984.

• BBR is thrilled to present this expanded and remastered edition of TWO EYES in a deluxe super jewel case with brand new interviews with Brenda Russell and Tommy LiPuma as well as four bonus tracks.

Additional information
Tracklist
1. I WANT LOVE TO FIND ME

10. WHEN I GIVE MY LOVE TO YOU (with MICHAEL FRANKS)