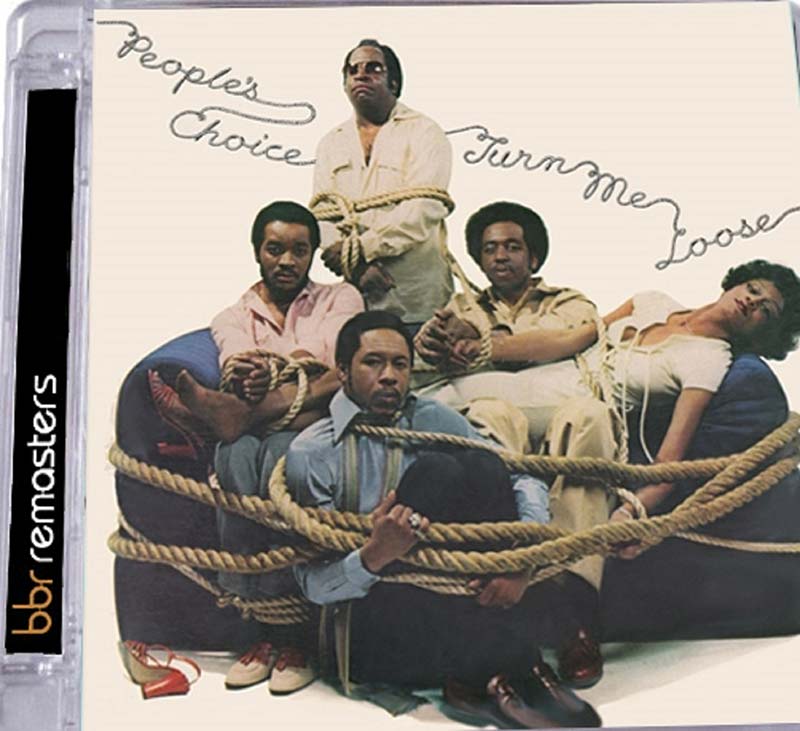 Big Break Records presents the first ever CD release of “Turn Me Loose”, remastered and with original artwork in a super-jewel case. Complete with liner notes and three bonus tracks this underrated Philadelphia International album is a must for all Philly Soul, Funk, R&B and Disco fans.

• People’s Choice, despite high acclaim within Philly Soul, R&B, Funk and Disco circles are among the most underrated of the soul groups that found their home at P.I.R. Unlike many of the acts championed by Gamble & Leon Huff, People’s Choice were a self-contained outfit performing on the Philly scene since the 60s. Led by Frankie Brunson, the group was formed out of R&B act The Fashions. After nine R&B hit singles including ‘I Like’s To Do It’ and ‘Do It Anyway Ya Wanna’, and two hit albums, the group released “Turn Me Loose” in 1978.

• “Turn Me Loose” explodes out of the blocks with the title track, a heavyweight funk bomb that boasts a great bass line from Stanley Thomas. ‘Got That Feelin’’ is a straight ahead disco track with singer Valerie Brown giving a strident performance. Don Renaldo’s strings and a jazzy piano solo show a distinctly Salsoul-esque sound. The tempo is maintained on disco-funk romp ‘Changin’ My Life’. Frankie Brunson’s strong baritone takes centre stage as the group charge through this driving performance with lead guitar weaving in and out of the vocals, adding to the fever. ‘Stay With Me’, as the last track on side A of the original LP release, drops the tempo considerably as one of only two ballads on the album.

• The street-funk jam of ‘Rough Ride’ is arguably the best cut on the album, Brunson and co. are in fine form executing a sophisticated groove that rivals many of their contemporaries. ‘A Greater Truth’ sees Brunson and Brown share vocals delivering a softer, subtler approach on this lighter disco/funk dancer. The harder funk edge of ‘Your Love Stays On My Mind’ has the vocalists doing the opposite and stretching their vocal chords like their life depended on it. The closing track and ballad ‘Soft And Tender’ showcases Brunson’s rich baritone, a virtuoso violin solo and great synthesizer touches from Dexter Wansel.

• Big Break Records presents the first ever CD release of “Turn Me Loose”, remastered and with original artwork in a super-jewel case. Complete with liner notes and three bonus tracks this underrated Philadelphia International album is a must for all Philly Soul, Funk, R&B and Disco fans.

7. YOUR LOVE STAYS ON MY MIND