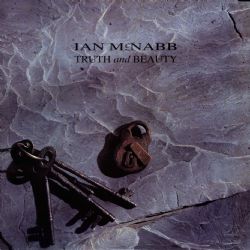 SKU: CDBRED582
Categories: 10.95, Cherry Red Records, Cherry Red Sale, Physical, Sitewide Sale
Share:
Description
· Robert Ian McNabb is an acclaimed English singer-songwriter and musician from Liverpool, England. He is known both for his work as leader and songwriter-in-chief of The Icicle Works in the 1980s, and his critically acclaimed solo career throughout from the early 1990s to date. He has also played with musicians as diverse as Ringo Starr, Crazy Horse, Mike Scott (of The Waterboys), and Danny Thompson of folk legends Pentangle.

Around the time of the split of the Icicle Works in 1990, McNabb spent some time as a de facto member of The Wild Swans, playing guitar and singing background vocals. The Wild Swans dissolved in late 1990, and McNabb then issued two solo singles in 1991 to little notice.

· He then resurfaced in 1993 with a collection of demos which would form the basis of his first solo album, Truth and Beauty. Recorded on a shoestring, it won him a record deal with Andrew Lauder‘s new ‘This Way Up’ Label.

· The album’s first proper single ‘If Love Was Like Guitars’ became a minor UK hit in 1993. Following this, the 1991 single ‘Great Dreams of Heaven’ was re-released, but failed to gain much airplay, possibly due to lyrical references such as “babies being born H.I.V.”

· This expanded version has been re-mastered by Ian himself and is a testament to the great album it was, enhanced with upgraded packaging and a bonus disc of the B-sides that came with the assorted singles this is a great addition to the canon of Ian’s work.

· Ian is touring and preparing his new record for release in 2013.