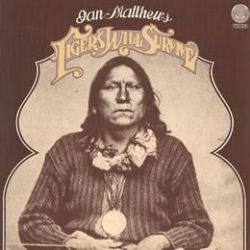 SKU: ECLEC2361
Categories: 10.95, Esoteric Christmas Sale, Esoteric Recordings, Sitewide Sale
Share:
Description
NEWLY
REMASTERED EDITION OF THE CLASSIC 1972 SOLO ALBUM BY IAN MATTHEWS
BOOKLET WITH
FULLY RESTORED ARTWORK & NEW ESSAY
WITH RARE
BONUS TRACK
Esoteric Recordings are pleased to announce a newly
re-mastered edition of the classic second solo album by IAN MATTHEWS. He first
came to prominence as a member of FAIRPORT CONVENTION, appearing on the band’s
first two albums.
In 1969 he formed MATTHEWS SOUTHERN COMFORT,
recording three classic albums and releasing a version of Joni Mitchell’s ‘Woodstock’
which topped the UK charts and was a global hit, before embarking on a solo
career with the acclaimed “IF YOU SAW THRO’ MY EYES”. His 1972 follow-up album,
“TIGERS WILL SURVIVE” was an equally acclaimed album.
This Esoteric Recordings reissue has been newly re-mastered
from the original master tapes and features a rare bonus track, “Devil in
Disguise”, the A-side of a single released in 1973. The booklet fully restores
all original album artwork with a new essay.

Additional information
Tracklist
1. NEVER AGAIN
2. CLOSE THE DOOR LIGHTLY WHEN YOU GO
3. UN-AMERICAN ACTIVITY DREAM
4. MORNING SONG
5. THE ONLY DANCER
6. TIGERS WILL SURVIVE
7. MIDNIGHT ON THE WATER
8. RIGHT BEFORE MY EYES
9. DA DOO RON RON
10. HOPE YOU KNOW
11. PLEASE BE MY FRIEND
12. DEVIL IN DISGUISE
Reviews (0)