We use cookies to ensure that we give you the best experience on our website. Click OK to accept and continue shopping, or find out more in our cookie policy...OKRead More
Return to previous page
View cart “Brainbox: Brainbox, Remastered & Expanded Edition, CDBrainbox” has been added to your cart. 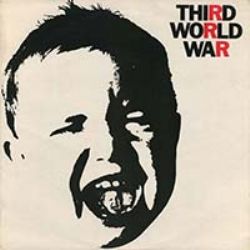 SKU: ECLEC2512
Categories: 10.95, Esoteric Recordings, Esoteric Sale, Physical, Sitewide Sale
Share:
Description
• A NEWLY REMASTERED & EXPANDED EDITION OF THIS CLASSIC 1971 SELF-TITLED DEBUT ALBUM BY THIRD WORLD WAR
• REMASTERED FROM THE ORIGINAL MASTER TAPES
• WITH TWO BONUS TRACKS
• BOOKLET WITH NEW ESSAY
ESOTERIC RECORDINGS are pleased to announce the release of a newly remastered and expanded edition of the classic 1971 self-titled debut album by Underground Proto-Punk legends THIRD WORLD WAR. Released on the Fly Records label in 1971, the album stood out from much of the music of the time thanks to the powerful, aggressive rock and political lyrics of the songs.
THIRD WORLD WAR was essentially the duo of Terry Stamp and Jim Avery and the band hold the distinction of being one of the true forerunners of the Punk Rock movement some five years later. The band’s debut album made musical waves upon its release, being out of keeping with the “peace and love” vibes of the time.
This official Esoteric Recordings reissue has been newly remastered from the original tapes and includes two bonus tracks and also features a booklet with restored artwork and an essay.
N.B: This title is released 28th August 2015 and will not be dispatched before this date.
TRACK LISTING:
1. ASCENSION DAY
2. M.I.5’S ALIVE
3. TEDDY TEETH GOES SAILING
4. WORKING CLASS MAN
5. SHEPHERD’S BUSH COWBOY
6. STARDOM ROAD PART I
7. STARDOM ROAD PART II
8. GET OUT OF BED YOU DIRT RED
9. PREACHING VIOLENCE
BONUS TRACKS
10. ASCENSION DAY (SINGLE VERSION)
11. A LITTLE BIT OF URBAN ROCK
Additional information
Tracklist
Track listing as above.
Reviews (0)