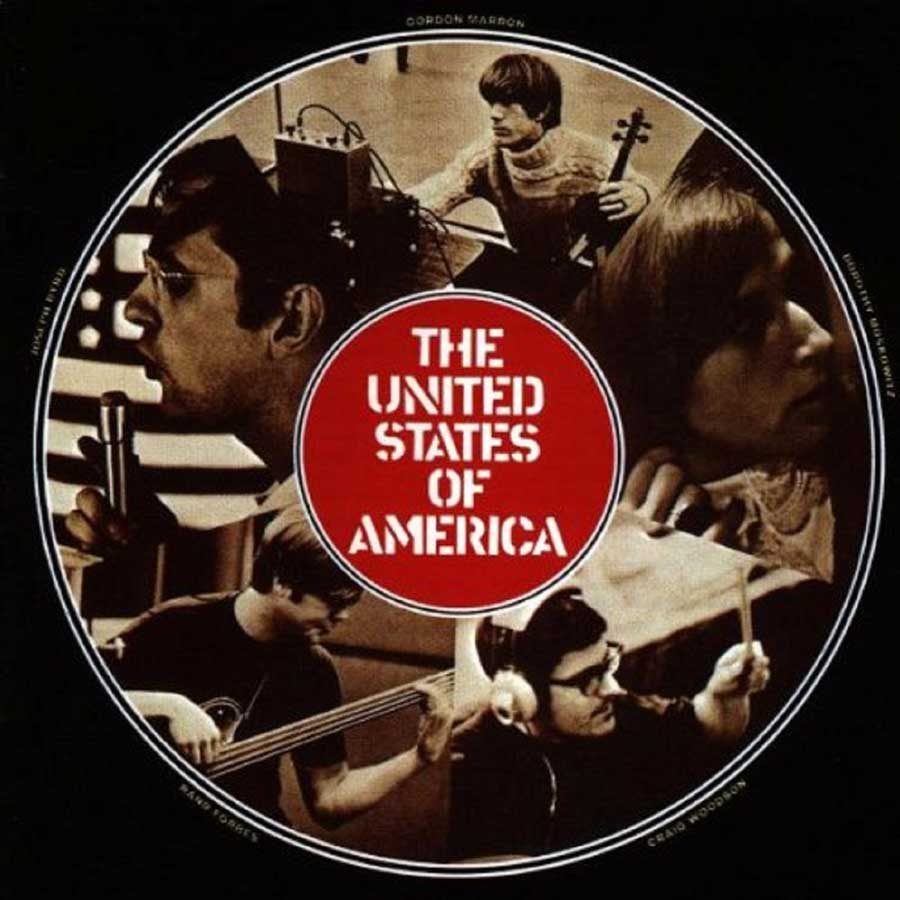 The United States Of America – The Columbia Recordings: Remastered and Expanded Edition

ESOTERIC RECORDINGS are pleased to announce the release of a newly remastered and expanded edition of the classic 1968 psychedelic rock album by THE UNITED STATES OF AMERICA.

ESOTERIC RECORDINGS are pleased to announce the release of a newly remastered and expanded edition of the classic 1968 psychedelic rock album by THE UNITED STATES OF AMERICA.

Perhaps one of the finest and most original of bands to emerge in the USA during the Psychedelic era, the United States of America was formed in 1967 by the avant-garde musician Joseph Byrd (an associate of Yoko Ono who had studied with composer John Cage). After studying at UCLA in California, Byrd decided to form a band that would combine performance art, radical politics and experimental rock music. Recruiting former partner Dorothy Moskowitz (Vocals), Gordon Marron (Violin, Ring Modulator, Vocals), Rand Forbes (Bass) and Craig Woodson (Electric Drums), the band signed to Columbia records and recorded their self- titled album in December 1967. The sessions produced some of the most extraordinary music of the time, with pieces such as “The American Metaphysical Circus” combining tape looped effects, electronic sounds and rock to create a stunning opening to a fine album. Such a radical approach led to the album being hailed by critics upon release but receiving a poor commercial reception. Internal friction soon took hold and the United States of America had disbanded by the end of 1968.

This Esoteric Recordings edition is remastered and includes ten bonus tracks recorded during the sessions for the band’s sole album and in May and July 1968. The reissue also features an illustrated booklet with an informative essay.

1. THE AMERICAN METAPHYSICAL CIRCUS
2. HARD COMING LOVE
3. CLOUD SONG
4. THE GARDEN OF EARTHLY DELIGHTS
5. I WON’T LEAVE MY WOODEN WIFE FOR YOU, SUGAR
6. WHERE IS YESTERDAY
7. COMING DOWN
8. LOVE SONG FOR THE DEAD CHE
9. STRANDED IN TIME
10. THE AMERICAN WAY OF LOVE

TAKEN FROM THE ALBUM
“THE UNITED STATES OF AMERICA”

BONUS TRACKS
11.OSAMU’S BIRTHDAY
12. NO LOVE TO GIVE
13. I WON’T LEAVE MY WOODEN WIFE FOR YOU, SUGAR (FIRST VERSION)
14. YOU CAN NEVER COME DOWN
15. PERRY PIER
16.TAILOR MAN
17. DO YOU FOLLOW ME
18. THE AMERICAN METAPHYSICAL CIRCUS (ALTERNATE VERSION)
19. MOUSE (THE GARDEN OF EARTHLY DELIGHTS)
20. HERESY (COMING DOWN)

TAKEN FROM THE ALBUM
“THE UNITED STATES OF AMERICA”