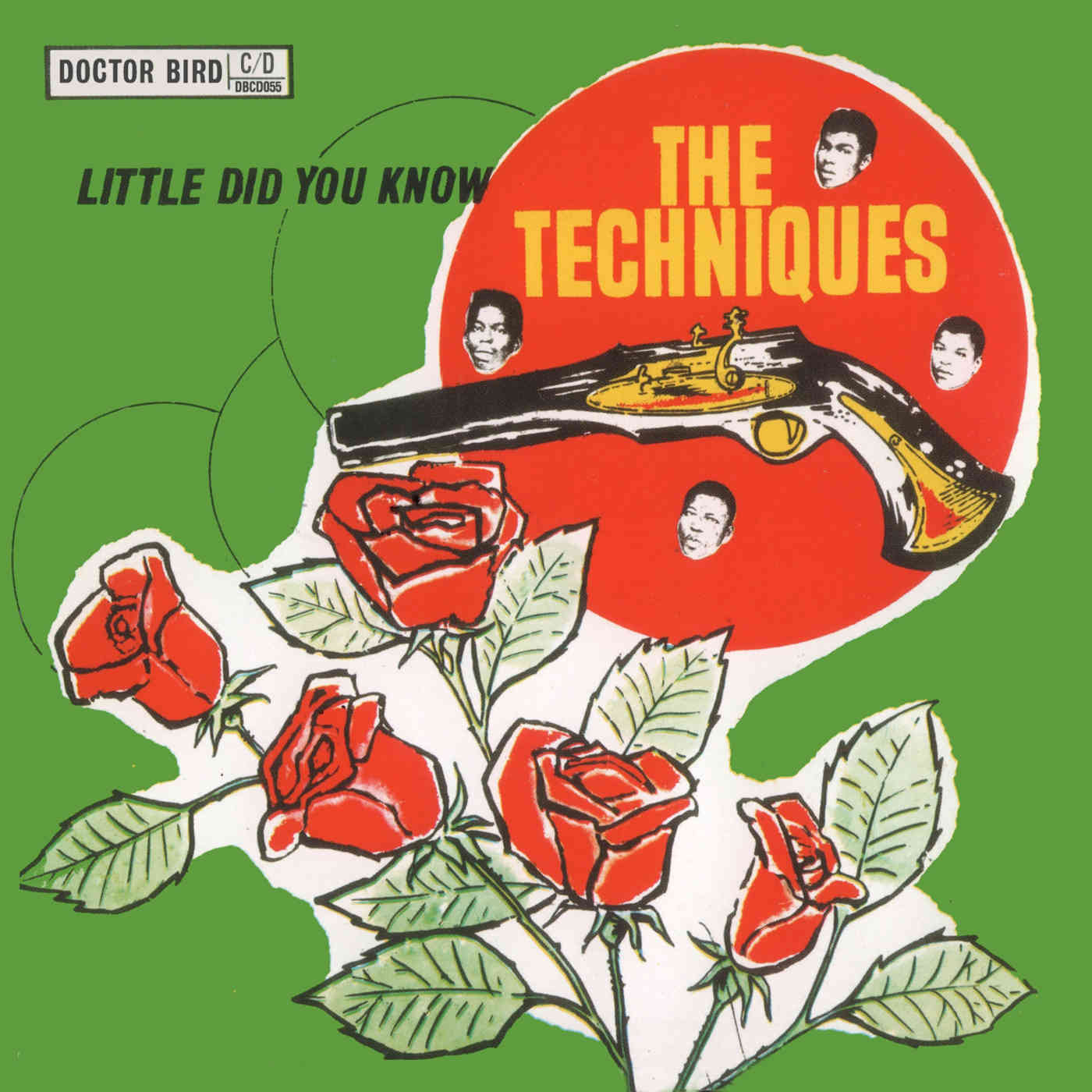 After forming in the mid-Sixties, the Techniques repeatedly proved themselves to be one of the most popular and influential vocal groups in the history of Jamaican music, recording a formidable number of hit singles, many of which are now rightly regarded as classics. The height of their success occurred during the ska and rock steady years, when, led by such luminaries as of Slim Smith, Pat Kelly and Bruce Ruffin, they scored a succession of major hits for Duke Reid’s legendary Treasure Isle Records.

Around the close of 1968, the producer acknowledged the group’s significant achievements by releasing a now extremely rare long-player showcasing some of their best-known recordings to date, and it is this elusive collection that provides the basis for this collection.

With an incredible 21 tracks added to the seven featured on the Treasure Isle album, the set highlights the entirety of the Techniques’ recorded output for Reid’s famed label, showcasing both hits and rarities, which include a trio of tracks that have remained unavailable on any format for decades.

Notice: id was called incorrectly. Product properties should not be accessed directly. Backtrace: require('wp-blog-header.php'), require_once('wp-includes/template-loader.php'), include('/themes/xstore/woocommerce/single-product.php'), wc_get_template_part, load_template, require('/themes/xstore/woocommerce/content-single-product.php'), do_action('woocommerce_after_single_product_summary'), WP_Hook->do_action, WP_Hook->apply_filters, woocommerce_output_product_data_tabs, wc_get_template, include('/themes/xstore/woocommerce/single-product/tabs/tabs.php'), wpb_new_product_tab_content, WC_Abstract_Legacy_Product->__get, wc_doing_it_wrong Please see Debugging in WordPress for more information. (This message was added in version 3.0.) in /home/cherryredco/public_html/wp-includes/functions.php on line 4986
1. LITTLE DID YOU KNOW
2. WHEN YOU ARE WRONG
3. I WISH IT WOULD RAIN
4. MY WHOLE LIFE DEPENDS ON YOU
5. QUEEN MAJESTY
6. I AM IN LOVE
7. YOU DON'T KNOW
BONUS TRACKS
8. TRAVELLING MAN (ORIG. VERSION)
9. YOU DON'T CARE
10. IT'S YOU I LOVE (ORIG. VERSION) *
11. TELLING LIES
12. DAY-O
13. THERE COMES A TIME
14. WAT’CHA GONNA DO
15. MY GIRL
16. OUT OF MANY – ONE
17. DON'T LEAVE ME
18. I'M IN THE MOOD
19. OH BABE
20. YEA, YEA, YEA *
21. DRINK WINE
22. BAD MINDED PEOPLE
23. RUN COME CELEBRATE
24. LOVE IS NOT A GAMBLE
25. THE HEART OF A MAN *
26. TRAVELLING MAN (ALT. VERSION)
27. ‘TIL MY DYING DAY
28. IT'S YOU I LOVE (ALT. VERSION)