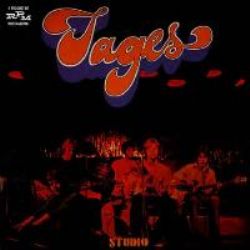 The Studio Album Plus
Tages

SKU: RETRO874
Categories: 10.95, Physical, RPM, RPM Sale, Sitewide Sale
Share:
Description
Released on 26/07/10. Next to The Hep Stars, Tages (pronounced tah-gez) were Sweden s biggest band in the 60s truly as big as The Beatles.
Hipper than the competition, they were always evolving and musically sensitive to the changing times. Originally released in 1967, Studio was their fifth album. It became Sweden s very-own Sergeant Pepper.
Instead of drawing on the music of India though, they found inspiration in traditional Swedish music this psychedelia has a unique slant.
Never before released outside Sweden, RPM International s special issue of Studio supplements the rare original album with all the non-album singles they recorded in its wake. Of these, Fantasy Island is world- class pop psychedelia, as classy as The Hollies’ efforts in this area. Halcyon Days was specially written for them by Peter Frampton (then in The Herd).

Fans of psychedelia will finally have the chance to hear this landmark album. Accessible and tuneful, yet freaky and psychedelic too, the adventurous and melody-filled Studio is a must for anyone with even a passing interest in music of the era. The booklet will include an exclusive interview with Tages’ songwriter Göran Lagerberg.

“It’s a recipe
that, in the hands of lesser groups, often came across as half-baked, but with
four albums and more than a dozen singles already under their belts, Tages had
more than enough studio experience as well as the songwriting chops to pull it
off.”