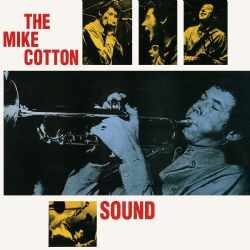 SKU: RETRO961
Categories: 10.95, Physical, RPM, RPM Sale, Sitewide Sale
Share:
Description
• The Mike Cotton Sound started life as an acclaimed trad-jazz band before evolving into a jazzy Mod/R&B combo in 1963.
• Issued in 1964, the band’s eponymous debut album is now a legendary rarity, with copies changing hands for up to £600. This is the first time it has ever been reissued on CD!
• This long-overdue reissue also boasts some 15 bonus tracks, taken from all their singles A’s and B’s plus a rare live recording.
• Included are subsequent singles of a more soulful persuasion, such as their dynamic cover of Bob & Earl’s ‘Harlem Shuffle’, the first of a string of singles fronted by charismatic American R&B vocalist Lucas.
• Mike Cotton has cooperated fully with this release, providing quotes for the sleeve-notes as well as images of rare photos and cuttings.
• Among the various line-ups of The Mike Cotton Sound were Dave Rowberry (later in The Animals), Jim Rodford (later Argent, The Kinks) and Derek Griffiths (ex-Artwoods).
Please Note: This title is released 19th January 2015 and will not be dispatched until this date.
TRACK LISTING:
1. WATERMELON MAN
2. CHINESE CHECKERS
3. LOVE POTION NO. 9
4. SO WHAT
5. HOW LONG CAN THIS GO ON
6. MOANIN’
7. NIGHT TRAIN
8. PILLS
9. THIS LITTLE PIG
10. PRETTY THING
11. WALK ON THE WILD SIDE
12. I DON’T WANNA KNOW
BONUS TRACKS
13. MIDNITE FLYER (as Mike Cotton Band)
14. ONE MINT JULEP (as Mike Cotton Band)
15. ROUND AND ROUND
16. BEAU DUDLEY
17. MAKE UP YOUR MIND
18. I’VE GOT MY EYE ON YOU
19. HARLEM SHUFFLE
20. LIKE THAT
21. STEP OUT OF LINE
22. AIN’T LOVE GOOD, AIN’T LOVE PROUD
23. WE GOT A THING GOING BABY
24. SOUL SERENADE
25. JACK AND THE BEANSTALK
26. MOTHER-IN-LAW
27. HARLEM SHUFFLE (Live)
Tracks 21-23, 25, 26 as Lucas & The Mike Cotton Sound
Additional information
Tracklist
Track listing as above.
Reviews (0)