SKU: 3RANGE37LP
Categories: 3Loop Music, Christmas Box & Vinyl Sale, Physical, Sitewide Sale, Vinyl
Share:
Description
LIMITED VINYL LP EDITION THAT INCLUDES
AN MP3 DOWNLOAD OF THE ALBUM
• With the pride of a rampant lion THE PRE NEW announce the arrival of their new album titled THE MALE EUNUCH.
• The MALE EUNUCH follows the highly acclaimed Music for People Who Hate Themselves and its remixed companion album Music for Homeowners.  Early material has been streamed online and has had strong radio play with tracks Speed Queen and A Song for One Direction.
• The band will be playing a live session with Marc Riley on BBC 6 Music on the 11th May.
• The bands own protest ambassador Stu Boreman stated:
“Binary Digital Bankruptcy converts this Sonic Debris into the sound of summer. Off shore becomes on shore as British Summer Time arrives early. Shot thru the Black Hole into the hole in your heart, it’s the colour chart from hell.  Foxton’s still burns. Face-sitting is banned. Froch vs Groves. Farrow & Ball.  We are at War.”
• The band are set to play a number of venues on their psycho-geographical tour of the UK based around their intercity logo to celebrate its release.
• (This seasons logo colours are an exclusive premix of Brinjal and Smoked Trout with Lulworth Blue)
• I’m with THE PRE NEW, are you?
PREVIOUSLY…

“The Pre New bring absurdist punk spleen, synth pulse and the chaotic free play of signifiers – with an enraged estate agent on vocals,  a Zal Cleminson lookalike in a hoodie and samples from Mike Leigh’s ‘Nuts in May’” – Q Magazine
“The Pre New – as the name suggests – are the a mix of the noble past and the glorious future” – The Herald
“Wow – that was definitely made for television…brilliant” – BBC 6 Music – Marc Riley
“Wrap your ears round the warped brilliance of The Pre-New” – The Quietus
N.B This title is released 11th May and will not be dispatched before this date.
Track Listing:
SIDE ONE
1. SPEED QUEEN
2. PSYCHEDELIC LIES
3. FLACCID ASTRONAUT
4. EUROPA SUPERSTAR #2
5. MRI CLASSICS
6. 100% BEEF
SIDE TWO
1. MIDDLE CLASS HEAVY METAL ON ANTI DEPRESSANTS
2. JANET VS. JOHN
3. PHOTOGRAPHED
4. THE MARS BAR WITHIN YOU
5. THE MALE EUNUCH
6. SPEED QUEEN (REPRISE)
Additional information
Tracklist
Track listing as above.
Reviews (0) 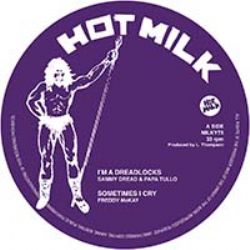