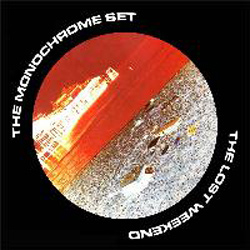 SKU: CDMRED383
Categories: 9.95, Cherry Red Records, Cherry Red Sale, Physical, Sitewide Sale
Share:
Description
Released 16th February 2009. The Monochrome Set defined themselves in the late 70s and 80s as England’s wittiest troubadours, avoiding the sombre overtones of post-punk by penning songs that had a clean 60s pop sensibility, allied to vocalist and guitarist Bid’s sandpaper-dry reflections on life and love. Re-released for the first time on CD in the UK, this CD documents the band’s time at Blanco y Negro Records, the ‘mini-major’ set up by Mike Alway (Cherry Red) and Geoff Travis (Rough Trade). It was a turbulent period for the band, recounted in full in the accompanying booklet by a reflective Bid. Including the story behind ‘Letter From Viola’, perhaps the funniest ‘Dear John’ song ever written (hint; never allow your band-mates to cut your hair while touring Norway and expect romantic favours on your return).
Additional information
Tracklist
Jacob’s Ladder / Sugarplum / Cargo / Take Foz / Letter From Viola / Don’t Touch / The Twitch / Wallflower / Starry Nowhere / Boom Boom / Cowboy Country / Bonus Tracks- Andiamo (B Side Of Jacob’s Ladder) / Big Ben Bongo (B Side Of Wallflower) / Le Boom Boom (B Side Of Jacob’s Ladder 12” Single) / Yo Ho Ho (B Side Of Jacob’s Ladder 12” Single) / Wallflower (Saloon Bar Mix)
Reviews (0)