We use cookies to ensure that we give you the best experience on our website. Click OK to accept and continue shopping, or find out more in our cookie policy...OKRead More
Return to previous page
View cart “The Solo Collection: Expanded EditionsGladys Knight” has been added to your cart. 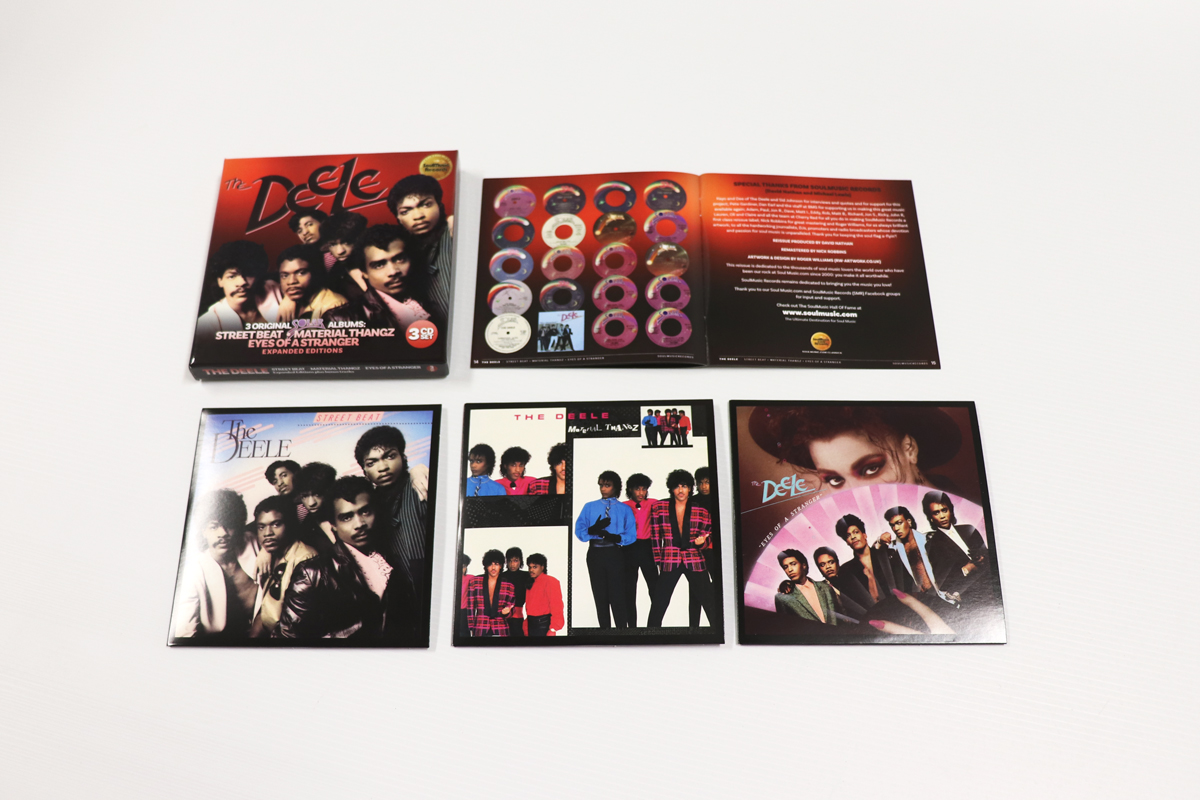 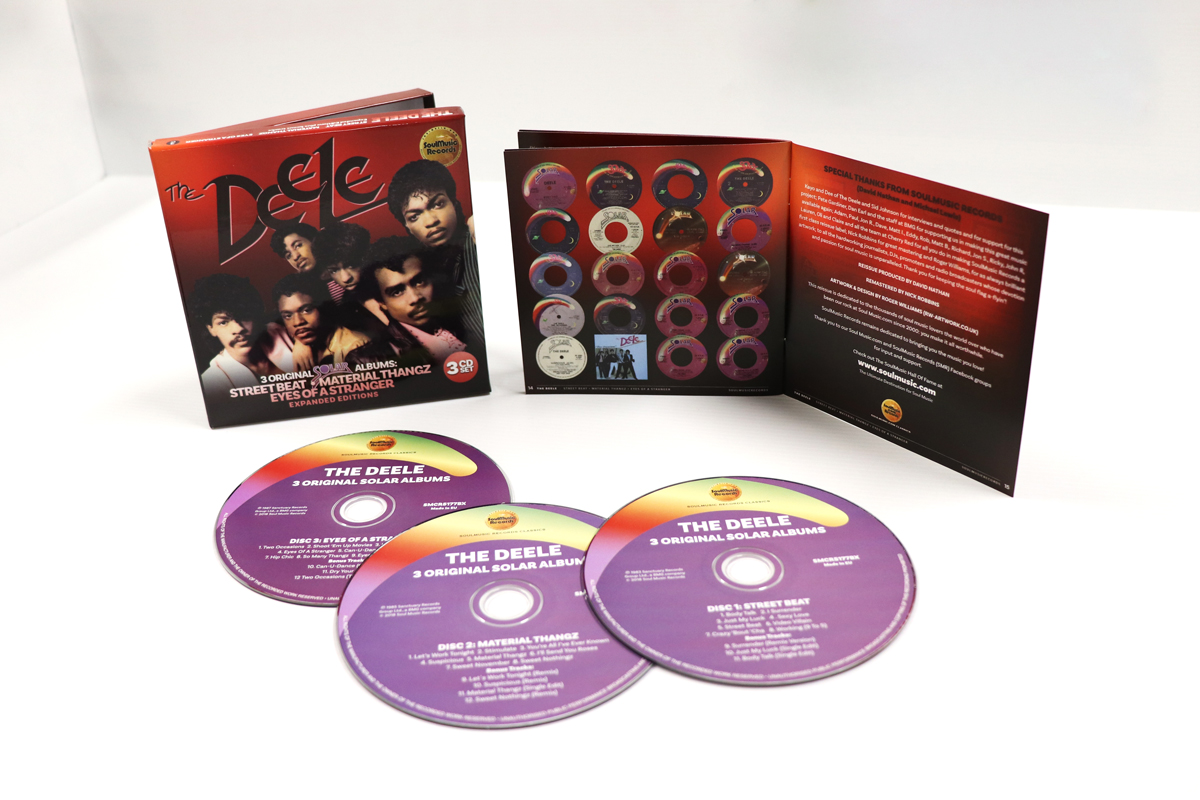 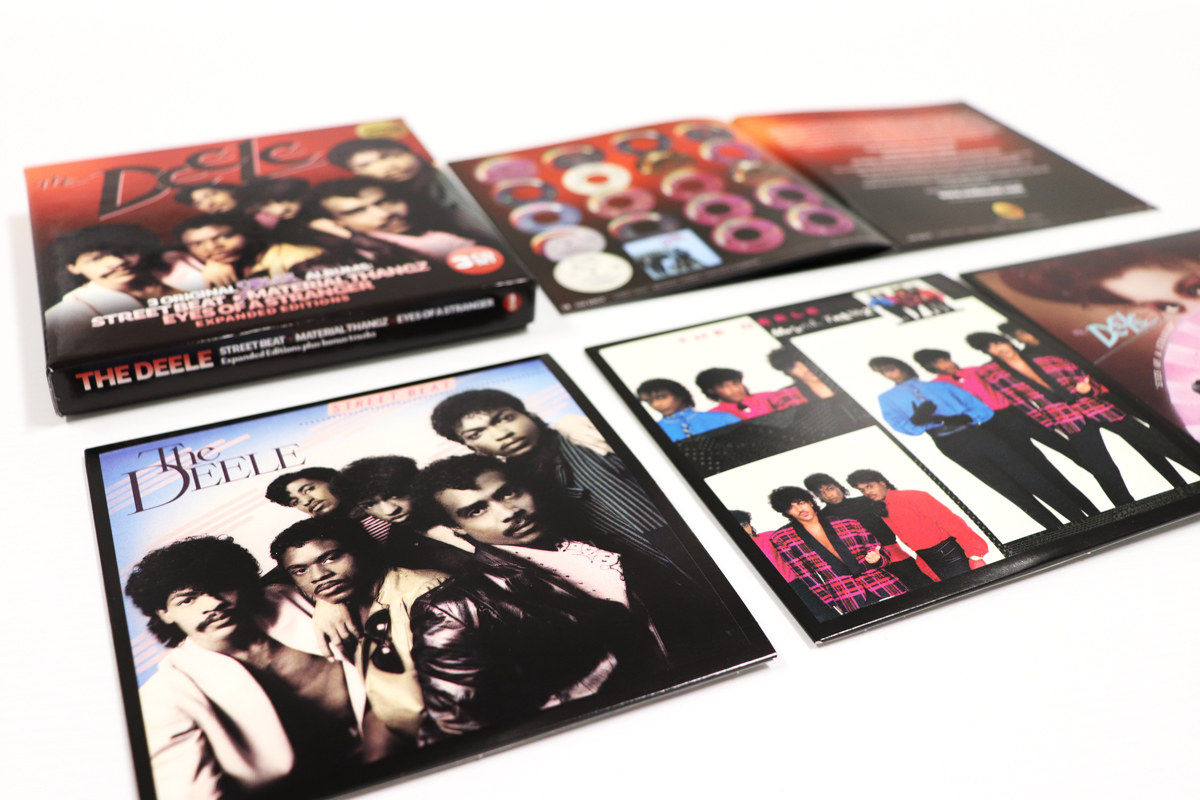 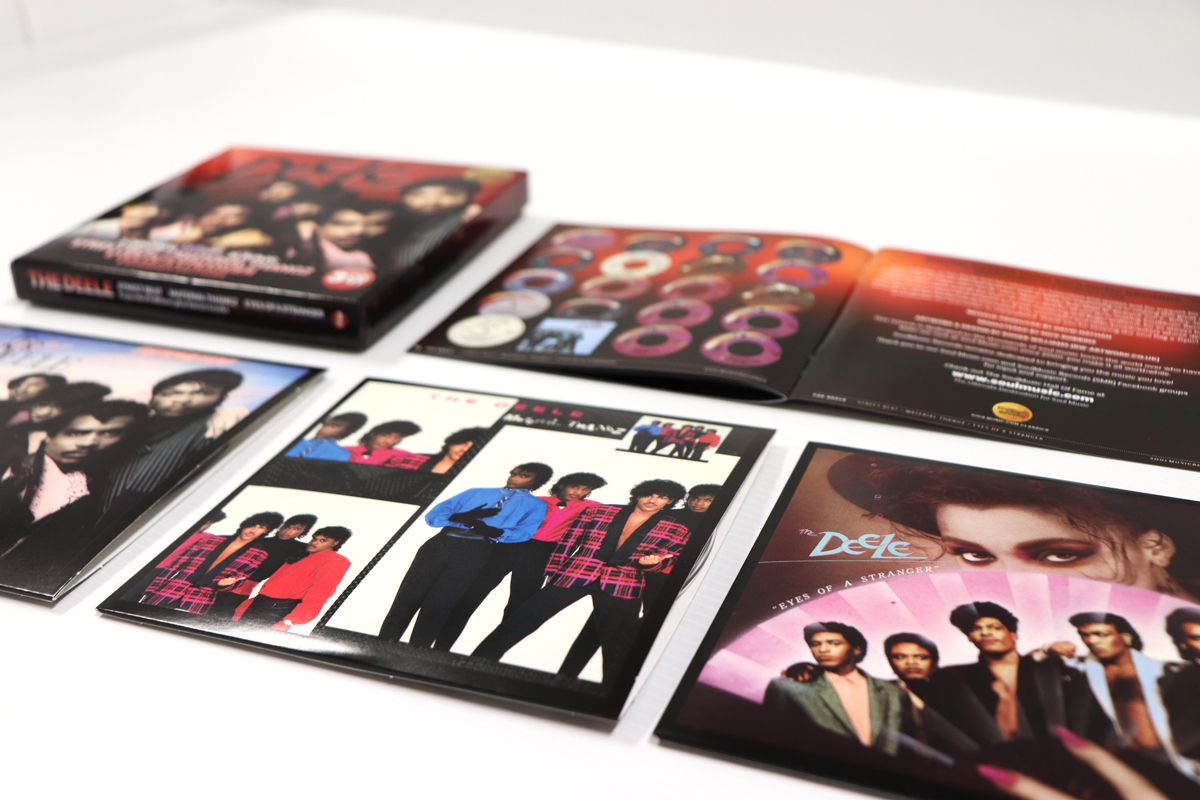 The Deele’s first three Solar albums (released between 1983-1987) – presented as expanded editions on this 3-CD set showcase the kind of funky R&B-and-pop fusion that was at the very heart of the music of the ‘80s, which, some three decades later, is being afforded a new level of appreciation.

As music industry lore acknowledges, the line-up of Ohio-formed group The Deele included future super producers and (LaFace) label owners Antonio ‘L.A.’ Reid and Kenny ‘Babyface’ Edmonds. The Deele’s first three Solar albums (released between 1983-1987) – presented as expanded editions on this 3-CD set – showcase not only the burgeoning skills of the renowned hit-making pair but also the kind of funky R&B-and-pop fusion that was at the very heart of the music of the ‘80s, which, some three decades later, is being afforded a new level of appreciation by a whole new generation of music buyers.

With their distinctive ‘look’ (that – with eyeliners and pancake makeup – was very different from most male funk bands of the day) and high energy live performances, The Deele had already established a solid following among audiences in Cincinnati and Indianapolis by the time members of the group Midnight Star brought The Deele to the attention of Solar Records’ founder Dick Griffey who famously signed the group without ever seeing them.

Produced by Midnight Star’s Reggie Calloway, the 1983 “Street Beat” album spawned three U.S. R&B charted singles, ‘Body Talk’, ‘I Surrender’ and ‘Just My Luck’. 1985’s “Material Thangz” LP gave the group an opportunity to hone their production and writing skills; while 1987’s “Eyes Of A Stranger” set provided The Deele with two back-to-back hits in the form of the now-classic ‘Two Occasions’ and ‘Shoot ‘Em Up Movies’.

In addition to the three original Solar albums (containing all of The Deele’s U.S. charted hits) with key LP cuts such as ‘Video Villain’, ‘I’ll Send You Roses’, ‘Let No One Separate Us’ and ‘Can-U-Dance’, this retrospective features a total of ten bonus tracks include ‘Dry Your Eyes’ (a hidden gem non-album ‘B’ side), as well as remixes of ‘Let’s Work Tonight’, ‘Suspicious’, ‘Surrender’ and ‘Sweet Nothingz’. 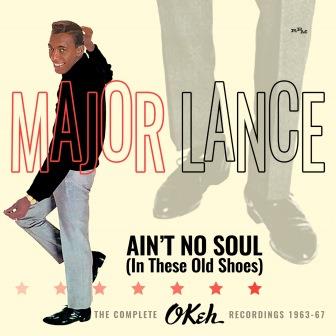 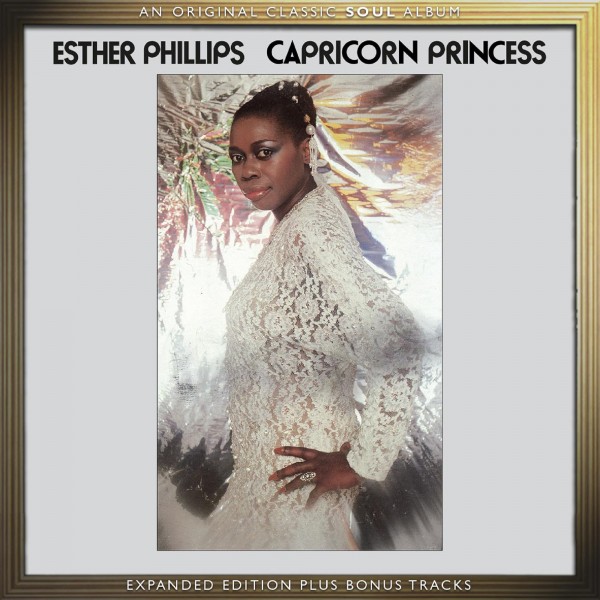 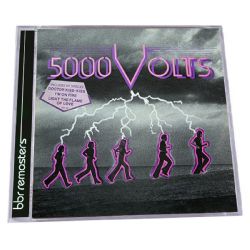