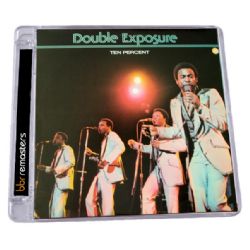 SKU: CDBBR0109
Categories: 9.95, Big Break Records, Physical, Sitewide Sale
Share:
Description
Big Break Records are delighted to continue our
series of Salsoul Records reissues with the classic Double Exposure album “Ten
Percent”.
Double Exposure were originally signed to Stax
under the name United Image until they were introduced to Salsoul by producer
Norman Harris who produced all three albums they recorded for Salsoul. Norman was part of Baker-Harris-Young
Productions who worked with the likes of Whispers, The Trammps, Executive Suite
and Love Committee.
Double Exposure were Salsoul’s premier male
vocal group. TEN PERCENT and MY LOVE IS FREE are instantly recognisable dance
classics. TEN PERCENT was one of the first commercially available 12” singles
ever released!
TEN PERCENT, the album made the R&B top 40
whilst the classic single of the same name reached #2 in the Disco charts and
is still a hit on dance floors today.
The follow up single EVERYMAN was a #8 Disco
hit. MY LOVE IS FREE reached the #15 position in the Disco chart proving that
Double Exposure could certainly deliver an album full of hits.
Released in deluxe Super Jewel cases, with bonus tracks Ten Percent is a
must for all Disco and Soul fans.