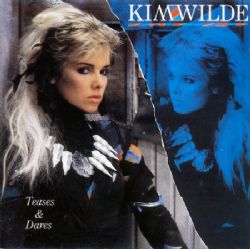 Long overdue Deluxe 2CD revamp for Kim Wilde’s fourth studio album, originally released in 1984 and a UK National Chart No.66 hit and No.22 in Germany (No.84 in the USA Billboard Hot 100) Includes the hit singles The Touch (UK, No 50, Germany No.29 and Holland No.20), The Second Time (UK No.29, Germany No.9, Switzerland No.7, USA No. 65 and Holland No.24) and Rage To Love (UK No.19, Germany No.45) Now comes complete with an incredible 16 bonus tracks including many ultra rare 12 and Extended mixes. Alongside the original LP artwork this release includes lyrics to all the songs, sleeve-notes by Steve Thorpe and the whole thing has been overseen by Kim’s official webmaster Marcel Rijs by the fans for the fans! Totally re-mastered by Tim Turan Follows on from the success of Cherry Pop’s three previous Kim Wilde CD reissues Kim Wilde (CRPOP 20), select (CRPOP 21) and Catch As Catch Can (CRPOP 22) Kim was the Most Successful British Solo Female Artist of the 80 s (17 hit singles) and in France she is known as the Bridgette Bardot of Rock.