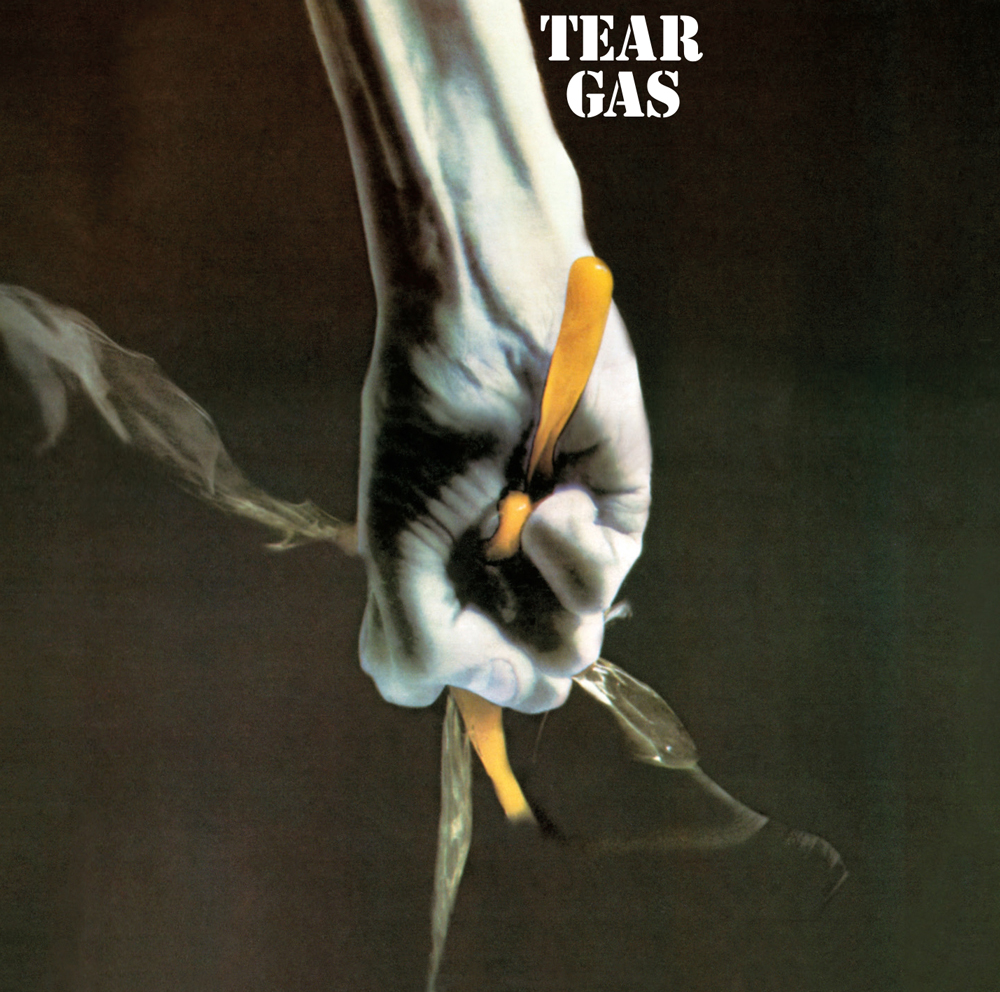 Esoteric Recordings are pleased to announce the release of a newly re-mastered official CD release of the 1971 self-titled album by TEAR GAS.

NEW OFFICIAL REMASTERED EDITION OF THE 1971 ALBUM BY TEAR GAS

Mulvey and Lavis were soon replaced respectively by keyboard player and vocalist David Batchelor, and Richard Monro. This line- up recorded the album “Piggy Go Getter”, in 1970. Some months later Hugh McKenna replaced Batchelor while his cousin Ted McKenna (ex-Dream Police) took over from Monro on drums.

This line-up of Tear Gas soon earned a reputation as a fine live act and the band’s self-titled second album was much stronger work than its predecessor, released in the UK on the Regal Zonophone label in 1971. Despite its excellence, the album failed to sell in significant quantities.

In August 1972 Zal Cleminson, Ted McKenna, Hugh McKenna and Chris Glen joined forces with vocalist Alex Harvey to form The Sensational Alex Harvey Band who would meet with success and record a series of inventive albums throughout the 1970s.

Thanks to the musician’s later work with SAHB, the Tear Gas recordings are now highly sought after by collectors. This Esoteric Recordings edition has been re-mastered from the surviving master tapes and the booklet features a new essay and restores the original album artwork.