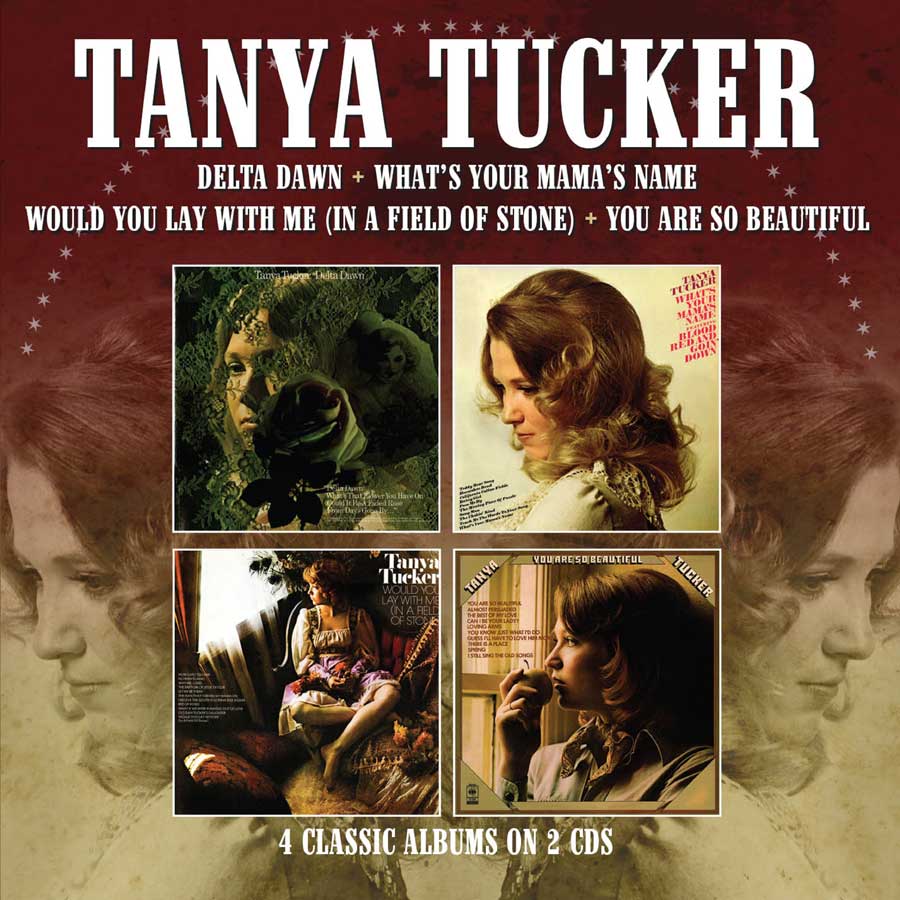 Tanya Tucker was born on October 10th 1958 in Seminole, Texas.

The 13 year old singing sensation was signed by Billy Sherrill who was the A&R Head of
Epic/Columbia Records in Nashville.

With vocals that hardly revealed the singer’s tender years, producer Billy Sherrill was reluctant to disclose Tanya’s age but the news leaked out and possibly added greater capital to the singer’s launch than any high-priced promotional campaign.

Surprisingly, although she had received several nominations over the years, it wasn’t until 1991, that Tanya Tucker won her first Country Music Association award as Female Vocalist of the Year.

Now a veteran on the country scene Tanya is still out there touring and giving dynamic performances.

In 2016, after several more accolades to her credit, she collected the prestigious Cliffie Stone Pioneer Award from the West Coast’s Academy of Country Music, a fine tribute to an artist whose career began right here with these unforgettable recordings.

Additional information
Tracklist
DISC ONE:
DELTA DAWN
1. DELTA DAWN
2. NEW YORK CITY SONG
3. SMELL THE FLOWERS
4. IF YOU TOUCH ME (YOU’VE GOT TO LOVE ME)
5. HE’S ALL I GOT
6. THE JAMESTOWN FERRY
7. LOVING YOU COULD NEVER BE BETTER
8. SOUL SONG
9. LOVE’S THE ANSWER
10.THE HAPPIEST GIRL IN THE WHOLE U.S.A.
11.I’M SO LONESOME I COULD CRY