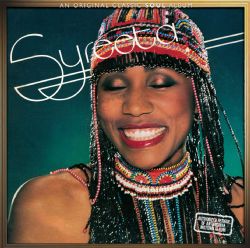 The second SoulMusic Records’ title from the Motown catalogue of the late, multi-talented singer/songwriter Syreeta (following the 2012 release of ONE TO ONE, SMCR-5071), this self-titled 1980 album is making its worldwide debut on CD with this much-anticipated 2013 reissue.

Syreeta began collaborating with Stevie Wonder after meeting him in 1968, penning songs such as ‘It’s A Shame’ for The Spinners and the musical partnership led to their 1970 marriage; in 1972, Wonder produced her self-titled MoWest debut LP and her 1974 album Stevie Wonder Presents Syreeta.

In 1977, Motown released One To One which featured production by Leon Ware and Curtis Robertson Jr. (Syreeta’s second
husband).The 1979 unexpected UK (and then US) success of ‘With You I’m Born Again,’ a duet with Motown label-mate Billy Preston (from the film “Fast Break”) brought Syreeta international recognition.

In the wake of the now-classic hit, Motown arranged sessions for what would be Syreeta’s fourth solo project, working with producers Jerry Peters, Richard Perry and Hal Davis.

Highlights include the US charted single, ‘One More Time For Love,’ one of two duets with Billy Preston; Syreeta’s versions of ‘Blame It On The Sun’ and ‘Signed, Sealed, Delivered (I’m Yours),’ both co-written with Stevie Wonder along with a cover of The Chantels’ ‘50s classic ‘He’s Gone.’

Additional information
Tracklist
1.
BLAME IT ON THE SUN

3.
YOU BRING OUT THE LOVE IN ME

9.
DANCE FOR ME CHILDREN

10.
ONE MORE TIME FOR LOVE (Duet with Billy Preston)