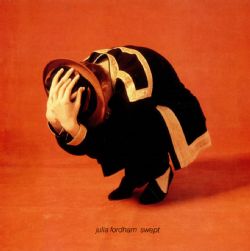 SKU: CRPOPD122
Categories: 10.95, Cherry Pop, Cherry Pop Christmas Sale, Physical, Sitewide Sale
Share:
Description
“Swept”,
released in 1991, was the follow up to Julia Fordham’s sophomore effort,
“Porcelain”. The album continued Julia’s international success, particularly in
Japan, South East Asia and Europe.
Now, for
the first time, “Swept” has been given the deluxe edition treatment.
The album
was produced and recorded with legendary producers and musicians including Hugh
Padgham (Phil Collins, Sting, XTC) and Dominic Miller (Sting, Peter Gabriel).
This 2 CD
collection features 25 tracks including the original 11 song configuration and features Julia’s biggest hit, ‘(Love
Moves In) Mysterious Ways’. (UK #19, 1991)
The bonus
material on this collection features all the single versions, non-album
b-sides, remixes and alternate versions that were released across the 3 singles
pulled from the album.
The CD
booklet contains comprehensive sleeve notes including new contributions and
annotations from Julia. An album discography is featured, as well.Release Date: 17/06/2013