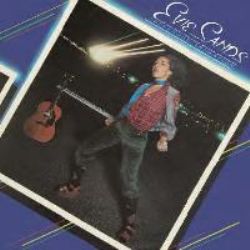 Elvis Presley was recording one of Evie’s songs for an album but died and so vocally incomplete it was never released. Often named as one of Dusty Springfield’s favourite vocalists, Brooklyn-born brunette Evie Sands is one of the most highlyr egarded female singers of the 1960s Brill Building era, and also a respected favourite on the northern soul scene.
She released Suspended Animation in 1979 and is joined on the record by an impressive cast of musicians, while the singer herself plays keyboards: piano, Rhodes, clavinet, Elec.Piano throughout. Buzzy Feiten, Reggie McBride and James Gadson, Lee Ritenour, Richie Zito and Steve Lukather, Greg Phillinganes, Ian Underwood. And the backing vocalists included Bill Champlin, who went on to join Chicago, Bobby Kimball of Toto, and Tom Kelly (who co-wrote Like A Virgin for Madonna),The Waters and the immortal Dusty Springfield.
Additional information
Tracklist

Notice: id was called incorrectly. Product properties should not be accessed directly. Backtrace: require('wp-blog-header.php'), require_once('wp-includes/template-loader.php'), include('/themes/xstore/woocommerce/single-product.php'), wc_get_template_part, load_template, require('/themes/xstore/woocommerce/content-single-product.php'), do_action('woocommerce_after_single_product_summary'), WP_Hook->do_action, WP_Hook->apply_filters, woocommerce_output_product_data_tabs, wc_get_template, include('/themes/xstore/woocommerce/single-product/tabs/tabs.php'), wpb_new_product_tab_content, WC_Abstract_Legacy_Product->__get, wc_doing_it_wrong Please see Debugging in WordPress for more information. (This message was added in version 3.0.) in /home/cherryredco/public_html/wp-includes/functions.php on line 4986
Lady Of The Night / Keep My Lovelight Burnin' / Take A Little Love / I Can't Wait For You / As We Fall In Love Once More / Get Up / You Sho' Look Good To Me / You Can Do It / I Don't Want To Let It Go / Brain Damage