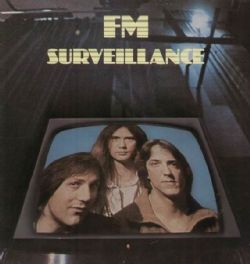 SKU: ECLEC2382
Categories: 10.95, Esoteric Recordings, Esoteric Sale, Physical, Sitewide Sale
Share:
Description
NEWLY
REMASTERED EDITION OF THE 1979 ALBUM BY CANADIAN PROGRESSIVE ROCK BAND FM
BOOKLET WITH
FULLY RESTORED ARTWORK & ESSAY
Esoteric Recordings are pleased to announce the
release of a remastered edition of the 1979 album by the Canadian Progressive
Rock group FM, “Surveillance”.
The band began life in 1976 with CAMERON HAWKINS
(Synthesisers, Bass, Vocals) and NASH THE SLASH (Jeff Plewman) (Electric
Violin, Mandolin, Vocals) coming together as a duo, making an appearance on
national TV in Canada in the Summer of 1976. By March 1977 FM became a trio
with the addition of MARTIN DELLAR on Drums. The band’s debut album followed.
By the end of the year Nash the Slash had been replaced by BEN MINK on Electric
Violin and Mandolin. “Surveillance” was the third album by the band, released
in 1979, and was a hit of the Progressive Rock genre in the USA and Canada.
This Esoteric Recordings release is the first time
“Surveillance” has been issued in Europe and has been newly remastered and
includes an illustrated booklet and a new essay.