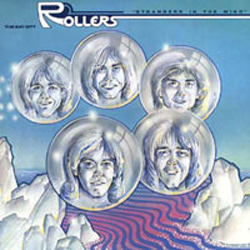 •    First UK CD release for The Rollers sixth studio LP, originally issued in 1978
•    Includes the singles “Where Will I Be Now” and “All Of The World Is Falling In Love”
•    Lyrics, rare picture sleeves and detailed liner notes by Phil Hendriks are a feature of the artwork

Including the UK single version of ‘All Of The World Is Falling In Love’ (appearing on CD for the first time), the Japanese single ‘Another Rainy Day In New York City’ and the German Top 50 hit ‘Where Will I Be Now’.

Booklet contains original LP artwork, lyrics to all the songs, detailed liner notes and pictures of all the associated singles sleeves.

Re-mastered to the highest standard by Tim Turan.

Notice: id was called incorrectly. Product properties should not be accessed directly. Backtrace: require('wp-blog-header.php'), require_once('wp-includes/template-loader.php'), include('/themes/xstore/woocommerce/single-product.php'), wc_get_template_part, load_template, require('/themes/xstore/woocommerce/content-single-product.php'), do_action('woocommerce_after_single_product_summary'), WP_Hook->do_action, WP_Hook->apply_filters, woocommerce_output_product_data_tabs, wc_get_template, include('/themes/xstore/woocommerce/single-product/tabs/tabs.php'), wpb_new_product_tab_content, WC_Abstract_Legacy_Product->__get, wc_doing_it_wrong Please see Debugging in WordPress for more information. (This message was added in version 3.0.) in /home/cherryredco/public_html/wp-includes/functions.php on line 4986
Another Rainy Day In New York City / All Of The World Is Falling In Love / Where Will I Be Now / Back On The Street / Strangers In The Wind / Love Brought Me Such A Magical Feeling / If You Were My Woman / Every Tear I Cry / Shoorah Shoorah For Hollywood / When I Say I Love You (The Pie) BONUS TRACK All Of The World Is Falling In Love (Single Version)