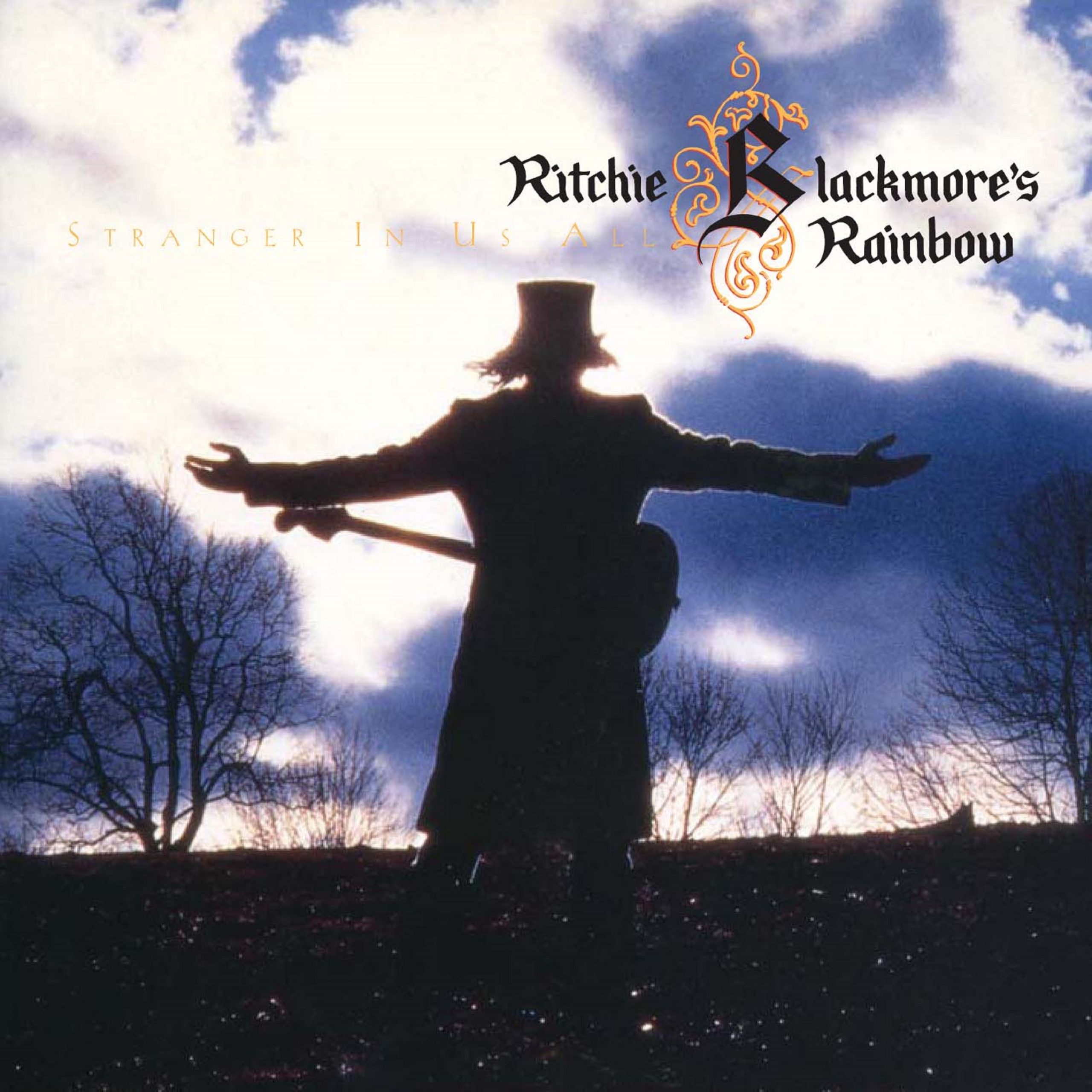 Stranger In Us All: Expanded Edition
Ritchie Blackmore's Rainbow

Expanded reissue of 'Stranger In Us All' by Ritchie Blackmore's Rainbow. The extensive liner notes also feature a personal account from singer Doogie White, plus plenty of artwork and memorabilia from Doogie's own Rainbow collection.

Rainbow split in 1984 when Ritchie joined Deep Purple’s Mk2 reunion, and a further tumultuous decade. Ritchie quit Purple once more following a 1993 Helsinki gig, this time for good. Shortly after, it was announced that the guitarist was reforming Rainbow. Rumours abounded regarding who might feature in the line-up, but the new record would feature a band of relative unknowns.

The resulting record, “Stranger In Us All”, was issued under the name Ritchie Blackmore’s Rainbow in August 1995, with a band featuring Paul Morris on keyboards, Greg Smith on bass, John O’Reilly on drums and Blackmore’s Night’s Candice Night on background vocals. Fronted by Doogie White, the singer was an inspired choice; a huge fan of Ritchie’s career in both Purple and Rainbow, the singer formed a strong writing partnership with the guitarist.

Revisiting The Yardbirds’ ‘Still I’m Sad’, which had been recorded for Rainbow’s debut, 20 years earlier, Ritchie’s classical flights of fancy were able to truly fly on his arrangement of Edvard Grieg’s ‘Hall Of The Mountain King’. ‘Wolf To the Moon’, ‘Hunting Humans (Insatiable)’ and ‘Ariel’ were all worthy additions to the Rainbow catalogue. When it came to playing live, songs from both Rainbow and Purple were revisited, and we are lucky enough to have a unique live recording from a 1995 Swedish concert of ‘The Temple Of The King’, a song that originally appeared on the band’s first record, in 1975. Also featured are a “radio edit” of the single ‘Arial’, plus the song ‘Emotional Crime’ that has previously only been released in Japan.

The extensive liner notes also feature a personal account from singer Doogie White, plus plenty of artwork and memorabilia from Doogie’s own Rainbow collection.

6. TOO LATE FOR TEARS

9. HALL OF THE MOUNTAIN KING

Stranger In Us All: Expanded E...