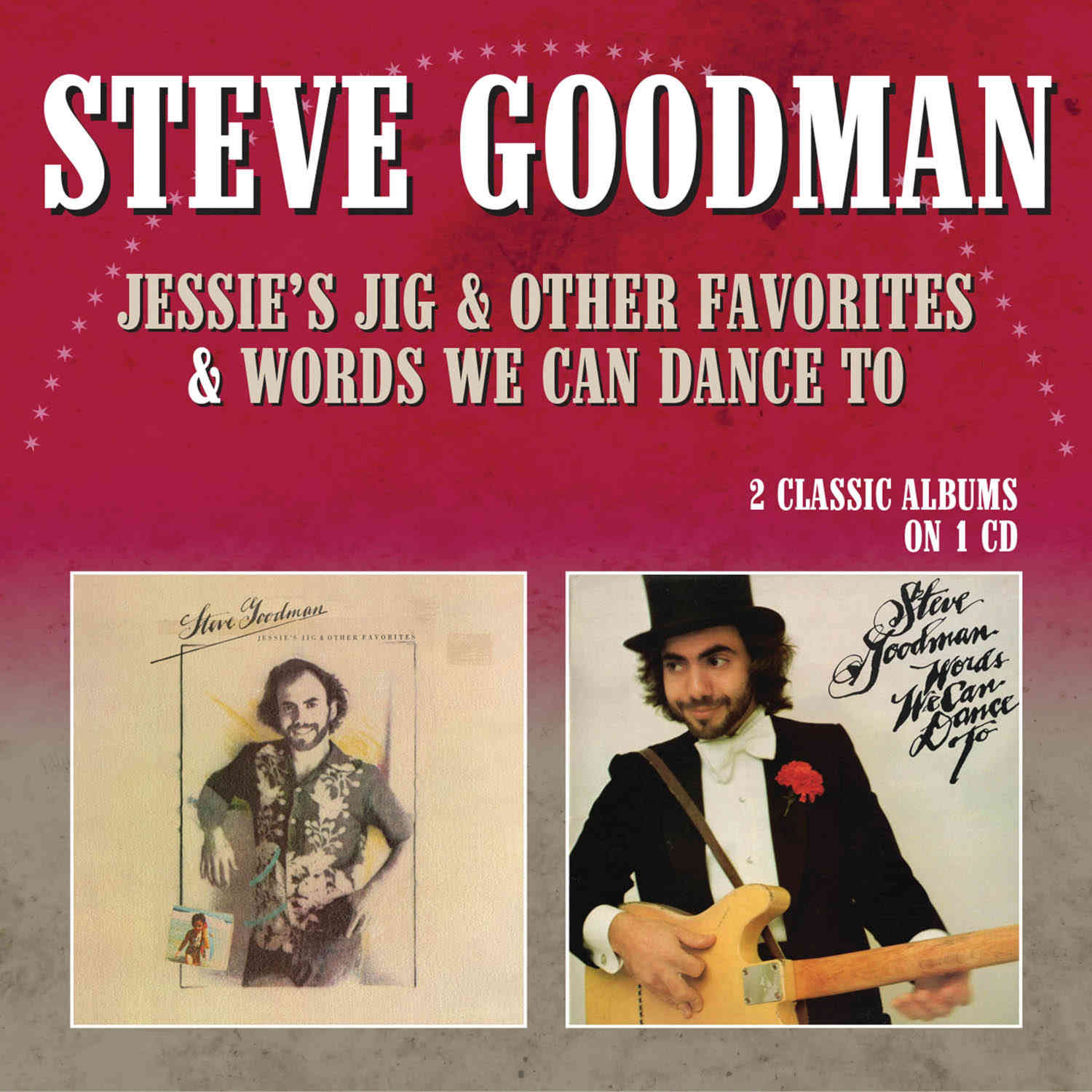 Steve Goodman: Jessie Jig & Other Favorites / Words We Can Dance To, CD

This 2-on-1 collection combines two fine albums that Steve Goodman made for Asylum Records.

The musical and literary abilities of the American singer/songwriters of the 1970s were remarkable. Rather than being competitive, so many of these performers were friends and great fans of each other.

It was, for example, Kris Kristofferson who discovered Steve Goodman, who took him in turn to see John Prine and so on. They admired the craft of each other’s songs and Steve Goodman, who was not as prolific as some, often included cover versions on his albums as well as old-time favourites.

This 2-on-1 collection combines two fine albums that he made for Asylum Records. The albums have aged very well and testify to his strong sense of humour despite the traumas of his life. Steve Goodman was starting out when he was diagnosed with Leukaemia. He was always well-adjusted and friendly and although this affected his whole life he was determined to live as normally as possible. He married Nancy Pruter and they had three children, Sarah, Rosanna and Jessie, hence his instrumental ‘Jessie’s Jig’.

“Jessie’s Jig & Other Favorites” has an old-time country feel with Vassar Clements on fiddle and Jethro Burns (of Homer & Jethro) on mandolin. The album ends with a fun-packed ensemble version of the Jazz favourite ‘Mama Don’t Allow It’. His friends Mike Smith and John Prine wrote ‘Spoon River’ and ‘Blue Umbrella’ respectively.

“Words We Can Dance To” is a similar mix but a little more country. The title came from the song ‘Banana Republics’, a colourful tale of drug deals and rum-running and was quickly recorded by Jimmy Buffet.