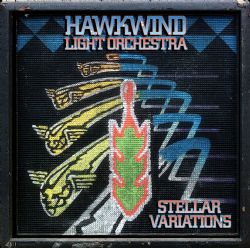 Additional information
Tracklist
1. STELLAR PERSPECTIVE
2. ALL OUR DREAMS
3. DAMP DAY IN AUGUST
4. IT’S ALL LIES
5. VARIATION 3
6. FOUR LEGS GOOD, TWO LEGS BAD
7. IN THE FOOTSTEPS OF THE GREAT ONE
8. A SONG FROM A NEW AGE
9. WE SERVE MANKIND
10. CITIES OF RUST