We use cookies to ensure that we give you the best experience on our website. Click OK to accept and continue shopping, or find out more in our cookie policy...OKRead More
Return to previous page
View cart “Billy Bremner: Singled OutBilly Bremner” has been added to your cart. 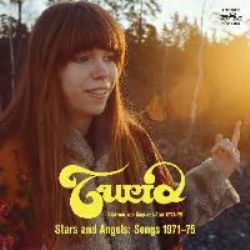 SKU: RETRO870
Categories: 10.95, Physical, RPM, RPM Sale, Sitewide Sale
Share:
Description
This compilation will “finally establish Turid as an important voice for an era when songwriters were at their most expressive”.

* Until now, the magical records of Swedish singer-songwriter Turid have largely been a secret outside the Scandinavian world. Between 1971 and 1975 she made three bewitching, mysterious and fragile albums for the key Swedish independent label Silence that established her as the country’s leading alternative female voice. Drawing from these rare albums and mastered by Silence’s award winning Anders Lind, Stars and Angels: Songs, 1971-75 compiles the best of what she wrote and performed during this fertile period and will finally establish Turid as an important voice for an era when songwriters were at their most expressive.
* Although Turid has been compared with Joni Mitchell and Melanie, she was closer in spirit to Vashti and Linda Perhacs – all female singer-songwriters with their own style, their own take on the world. Which is why recently-coined genres like acid folk and psych folk have been invented to describe artists as unique as Turid.
* Beginning with the crystalline “Song”, Stars and Angels: Songs, 1971-75 journeys through the disquieting “Play Macabre” and the psychedelic eddies of “Låt Mig Se Dig” (“Let Me See You”), an epic song with electric guitar by Swedish legend Kenny Håkansson (T-Boones, Baby Grandmothers, Mecki Mark Men, Kebnekajse) that presages the intense moods of Mazzy Star. Crtics have also drawn comparison with Joanna Newsom. Whether singing in English or Swedish, Turid captivates like a siren’s spell.First release for a Turid album outside SwedenDigitally re-mastered by original labels award winning engineer. A must have for today’s acid and psych folk fans and buyers of Folk Is Not A Four Letter Word.
Additional information
Tracklist
Song / Nyckelbanepigevisa / Going To Prison / Vittras Vaggvisa / Crystal Shade Of Loneliness / Play Macabre / Bilder / Tintomara / Låt Mig Se Dig / Och Sommaren Kom / Tom I Bollen / Ödegårdar / Vargen / Personligt Brev / Stjärnor Och Änglar / På Tredje Dagen Uppståndna
Reviews (0)