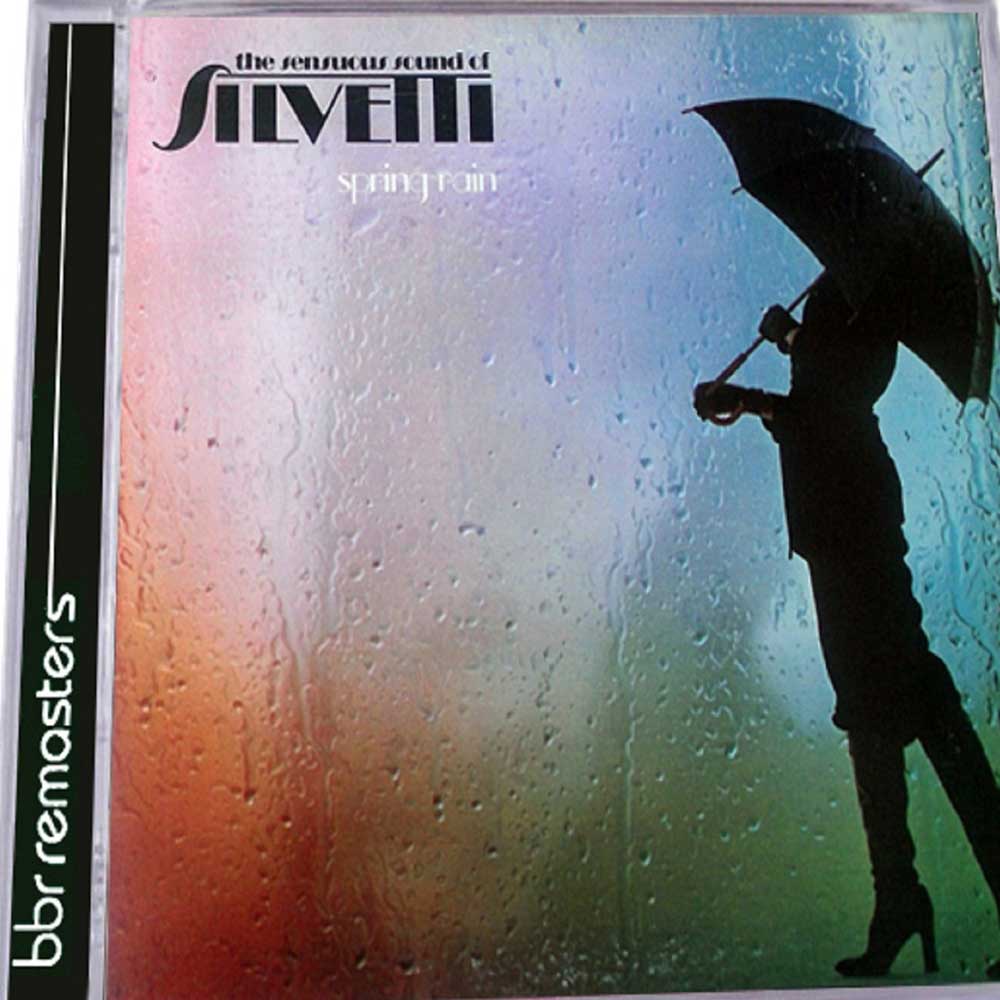 BBR is very proud to present SPRING RAIN, expertly re-mastered and complete with extensive liner notes and bonus track. SPRING RAIN is absolutely essential listening for all Disco, Dance, Latin and Pop fans out there!

RE-PRESS: CD ORIGINALLY RELEASED IN 2013
 
Silvetti (born Juan Fernando Silvetti Adorno) was an Argentine pianist, composer, conductor, arranger and record producer who predominantly worked in the jazz and Latin music fields during a varied career lasting over three decades. As a teenager Silvetti formed his own jazz quartet where he honed his skills before, at the age of 21 in 1965, moving to Spain to work as a session musician at some of the country’s most popular jazz clubs. In the early 70’s he moved in to composing and arranging after a move back across the Atlantic to Mexico.

After returning to Spain in the mid 1970’s Silvetti started recording his contemporary instrumental compositions, as arranger and conductor, and soon came to the attention of the successful Salsoul record label that signed Silvetti in 1976 and released the single ‘Spring Rain’. This fully orchestrated, lush, sensual instrumental Disco track was given the re-mix treatment by the legendary Tom Moulton which helped the track fill dance floors across the world with its accessible Euro-Disco sound and achieve a peak of #4 Disco, #77 R&B and #39 Pop on the Billboard charts in March of 1977.

“The Sensuous Sound Of Silvetti: Spring Rain” to give this album its full title, was released in 1977 to follow the success of the single and showcases the experience Silvetti had gained through his career and travels to stunning effect. These smooth grooves, rich in orchestration, show Silvetti was clearly on top of his game, with standout tracks such as ‘A Smile At Dawn’ and ‘Fortune Teller’ being the perfect accompaniment to the summer months ahead.

Silvetti went on to record many more albums as artist, musician and producer working with musicians from Placido Domingo to Paul Anka and the cream of the Latin music world. In 2003 he won the Grammy for best Latin music producer only months before he passed away at the age of 59.

BBR is very proud to present SPRING RAIN, expertly re-mastered and complete with extensive liner notes and bonus track. SPRING RAIN is absolutely essential listening for all Disco, Dance, Latin and Pop fans out there!