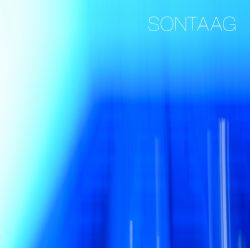 Pucker up and kiss… the apocalypse.

In the grand tradition of high concept progressive
rock comes an epic cross-media hybrid where cerebral science fiction meets
visceral rock ‘n’ roll. Sontaag’s eponymous debut album has been described as
‘the space opera that Pink Floyd never wrote’, ‘a modern-day Tubular Bells’, ‘a
prog-rock War Of The Worlds’, but no reference point or sound-bite nails its
seamless combination of space rock, narrative spoken word, and evocative
post-Orb ambience quite as neatly as ‘sonic cinema’.

Recorded in New York City and London, co-produced
and mixed by Youth (Killing Joke, The Fireman) for Big Life Management,
‘Sontaag’ is a stunning and immersive listening experience. An evolutionary
progression combining cutting edge sounds with classic dynamics, adapting the
rock experience for today’s digital environment. Arriving in a landscape where
music, books and movies often co-exist on a single handheld device, ‘Sontaag’
represents a seamless fusion of the finest elements of all three.

The Ancients, through a long process of trial and
error, had discovered the secret of synthesizing essential energy from harmonic
sound, giving them the power to reanimate extinct planets by utilising giant
orbiting sonic generators. But life came at a price. The newly supplanted
inhabitants of MP-5 were compelled to provide the musical fuel for The Great
Harmodulator simply to stay alive.

5.    THE MINOR KEYS OF ANGUISHED WEEPING