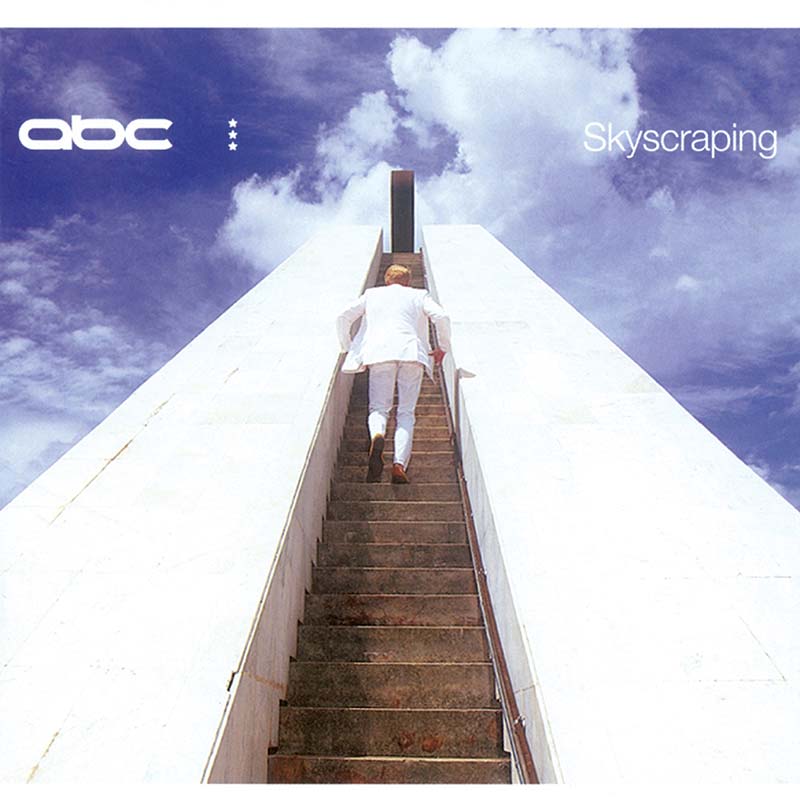 This re-issue of 'Skyscraping' by ABC has been done in conjunction with the band and contains liner notes by Daryl Easlea who talked extensively to the members of the band about the creation of the record.

· ABC has its roots in the band Vice Versa, a Sheffield band formed in 1977 by Stephen Singleton and Mark White. They founded their own label, Neutron Records, releasing the EP Music 4. Martin Fry, who wrote the fanzine Modern Drugs, interviewed Vice Versa and shortly afterwards they asked him to join as synthesizer player. Fry accepted and by 1980 the band had evolved into ABC, with Fry becoming lead vocalist.

· The album was released in 1997, as a homage to lead singer Martin Fry‘s several musical heroes, including David Bowie, Roxy Music and The Sex Pistols.

· The line-up of ABC then consisting of Martin Fry, Glenn Gregory of Heaven 17 and Keith Lowndes, the album was met with positive reviews from critics rather than broad commercial success.

· This re-issue – done in conjunction with the band -contains liner notes by Daryl Easlea who talked extensively to the members of the band about the creation of the record.

· It contains a newly re-mastered album as well as a disc of B-Sides from the singles released at the time.