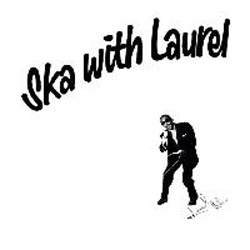 Released 13/04/09. It is not without reason that during his lifetime Laurel Aitken acquired the mantles of ‘The Godfather of Ska’ and ‘The High Priest of Reggae’, for he was true pioneer of the modern Jamaican music industry whose works helped shape the sound of Reggae. His breakthrough came in 1957 when, after making his name on the talent show circuit he recorded a series of hugely popular discs for pioneering producer, Dada Tuari. By the early sixties he was Jamaica’s most popular artiste, recording in variety of styles from Calypso and Mento to the local Blues or Boogie Beat, an early form of Ska. In 1960, he relocated to the UK where over the next 45 years he continued to record for an array of labels including Blue Beat, Pama and Trojan, remaining a hugely popular figure on the European Ska scene up until his untimely death in 2005 following a heart attack.

By the mid-sixties, Laurel Aitken had established a large and dedicated following in the UK, his recordings for London-based labels such as Rio and Ska Beat providing many British listeners with their first taste of Ska. It came as no surprise then, when in 1966 Rio chose capitalise on his popularity by issuing a collection of his works – a rarity for Jamaican acts during this time. Pressed in limited numbers, ‘Ska With Laurel’ promptly sold out and over the years that followed acquired an almost mythical status among collectors.

Now, some 43 years later, Pressure Drop is proud to present as its debut release an expanded version of this groundbreaking, ultra-rare LP, its original dozen tracks supplemented by an additional 14 bonus recordings from the mid-sixties, almost all of which have been unavailable for over four decades.

Faithfully recreating the original artwork and featuring extensive notes by the singer’s close friend Mark Wyeth, this collection perfectly illustrates why Laurel Aitken was, and will always be, regarded as the Godfather of Ska.