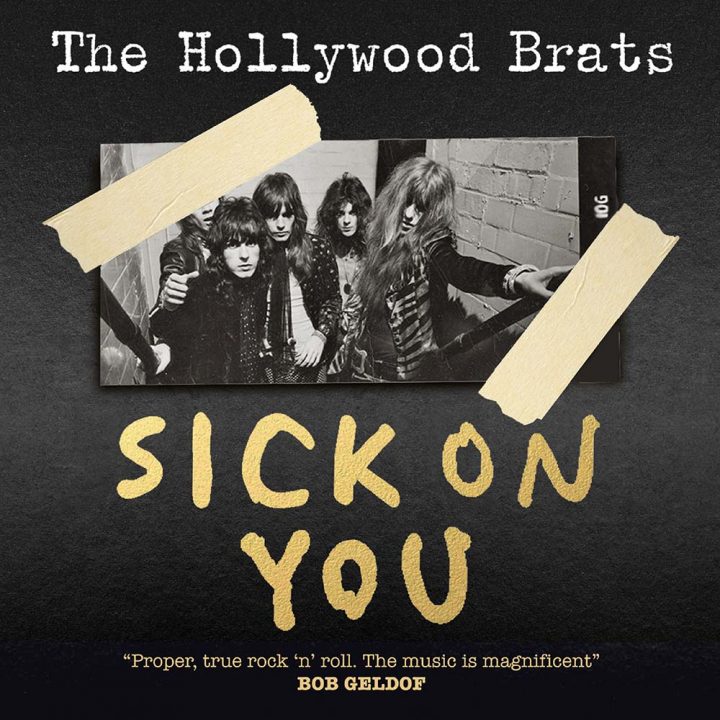 Sick On You: The Album / A Brats Miscellany
Hollywood Brats

• ‘Sick On You’, Matheson’s account of the band’s story, was THE must-read rock book of 2015 (MOJO Magazine’s Book Of The Year) and is being republished for the international market this summer. Branding and cover for this release match exactly the newly promoted edition of the book.

• A BBC Documentary on the band is currently in production, due to air in the Autumn of 2016.

“Drummer wanted. Young, slim, must look, act and think like a star. No beards, no chrome-domes, no fatties.” – so ran The Hollywood Brats’ infamous 1972 advert in Melody Maker. Born out of the imagination of singer Andrew Matheson and his musical ally and partner in grime Casino Steel, the band went on to lay the foundations of what would become punk rock, guzzling up every gallon of glitter juice they could blag and leaving no stiletto unturned along the way. London’s hottest nightspots became their playground, Keith Moon their cheerleader and every record label in town detested them. Freddie Mercury was punched in the face and Malcolm McLaren sent home disappointed as The Brats moved at the speed of light through a London that was doing its best to remember how it’d swung.

Eventually the Brats chaos was captured on tape and an album slated for release. But then… you hear that? The silence? The Hollywood Brats fell at the final hurdle, bruised, drunk and plastered in stolen mascara. The world remained unchanged as the album destined to do just that disappeared. Over the years, material has crept out in one form or another, but here, in 2016, is the definitive sonic record of The Hollywood Brats, as selected and conducted by the band themselves.

The Hollywood Brats. We are but their messengers. Nice work if you can get it.

Andrew Matheson will be appearing at this year’s Glastonbury Festival, and The Hollywood Brats will be touring Europe, Japan and the Americas in the near future. Matheson’s ‘Sick On You’ book is published in the USA by Penguin this summer.

Additional information
Tracklist
DISC ONE: SICK ON YOU

6. THEN HE KISSED ME

3. SON OF THE WIZARD