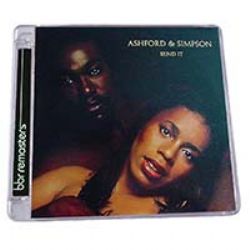 SKU: CDBBRX0315
Categories: 10.95, Big Break Records, Physical, Sitewide Sale
Share:
Description
• ASHFORD & SIMPSON, simply put, are one of the best song-writing duos the world has ever seen. Former successful Motown writers this powerhouse duo penned a string of hits for greats like Aretha Franklin, Ray Charles, Marvin Gaye and Diana Ross, it’s little wonder that they were inducted into the Songwriters Hall Of Fame in 2002.
• Having been signed to Warners for four years, ASHFORD & SIMPSON finally struck gold with their fifth album SEND IT. Upon its release in 1977, SEND IT would reach #52 on the US Pop Album charts and #10 on the US R&B chart helping solidify SEND IT its Certified Gold status.
• Stand out tracks include the title track, which serenaded its way all the way to #15 on the US R&B chart. It was however the funk guitar driven groove, DON’T COST YOU NOTHING that would truck its way to #10 on the US R&B chart while simultaneously scoring #23 on the US Dance Chart and making its way into the Hot 100. BY WAY OF LOVE’S EXPRESS became a further top 40 R&B hit and the wildly popular and classic instrumental BOURGIE BOURGIE which would go on to be a hit later in the form of a vocal version by Gladys Knight & The Pips.
• BBR is proud to offer SEND IT. Beautifully remastered and repackaged complete with an exclusive interview with Valerie Simpson and four bonus tracks. This BBR remaster is perfect for all Soul, Funk, Disco, R&B and Motown fans out there!