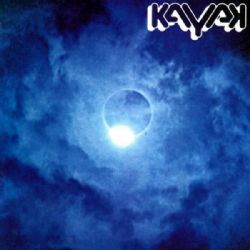 SKU: ECLEC2335
Categories: 10.95, Esoteric Recordings, Esoteric Sale, Physical, Sitewide Sale
Share:
Description
NEWLY
REMASTERED EDITION OF THE CLASSIC DEBUT ALBUM BY DUTCH PROGRESSIVE ROCK MASTERS
KAYAK
WITH ONE BONUS
TRACK
BOOKLET WITH
FULLY RESTORED ARTWORK & ESSAY
Esoteric Recordings are pleased to announce a newly
re-mastered edition of the classic debut album by Dutch Progressive Rock group
KAYAK; “SEE SEE THE SUN”.
KAYAK were formed in Hilversum in Holland in 1972
by keyboard player TON SCHERPENZEEL and drummer PIM KOOPMAN. The band signed to
the Dutch division of EMI’s HARVEST label the same year and released their
debut album in 1973. Featuring MAX WERNER on Vocals and Mellotron, CEES Van
LEEUWEN on Bass and JOHAN SLAGER on Guitars, the album was a fine debut and
would launch KAYAK as a major group in their homeland and further afield into
Europe.
This Esoteric Recordings reissue has been newly
re-mastered from the original master tapes, features a bonus track from the
band’s first single, and a booklet that fully restores all original album
artwork with a new essay.Release Date: 30/07/2012
Additional information
Tracklist
1.
REASON FOR IT ALL


6.
BALLAD OF THE CRIPPLE


7.
FOREVER IS A LONELY THOUGHT