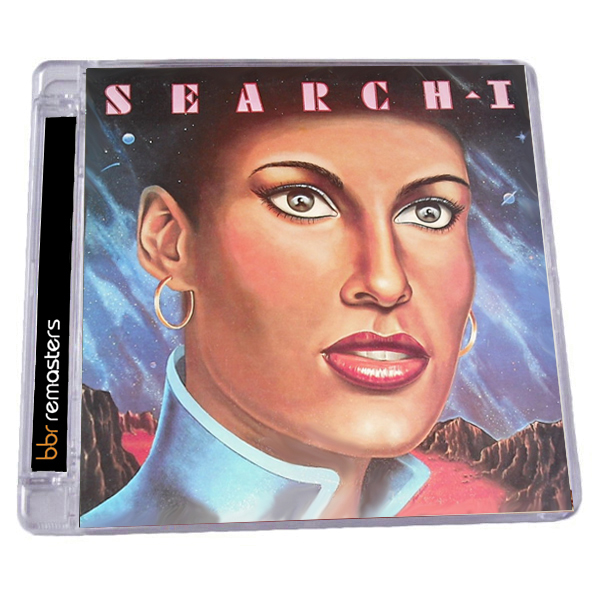 Released in deluxe Super Jewel cases, with bonus tracks and new interviews, SEARCH I is a must for all Soul and Dance fans out there!

PHILLY WORLD RECORDS became known as one of the leading labels in contemporary soul and dance of the mid-eighties and enjoyed many UK hit singles from the likes of Cashmere, Harold Melvin & The Blue Notes, Terri Wells and Eugene Wilde. BBR is proud to announce the release of the label’s classic albums in re-mastered/expanded form. SEARCH I was the debut release on Philly World Records in 1982.

SEARCH I was preceded by the single release of LIKE THE WAY (YOU FUNK WITH ME). The track became an instant dance classic and the follow up single PEANUT BUTTER AND JAM became another staple of the UK soul/boogie scene of the 1980’s.

Search’s key band members were Jeff Dudley and Les Paul Roque who is now a Grammy nominated jazz musician. The album was produced by Buddy Turner who had previously worked with The Trampps, First Choice, The Four Tops and Eddie Kendricks

Released in deluxe Super Jewel cases, with bonus tracks and new interviews, SEARCH I is a must for all Soul and Dance fans out there!

Notice: id was called incorrectly. Product properties should not be accessed directly. Backtrace: require('wp-blog-header.php'), require_once('wp-includes/template-loader.php'), include('/themes/xstore/woocommerce/single-product.php'), wc_get_template_part, load_template, require('/themes/xstore/woocommerce/content-single-product.php'), do_action('woocommerce_after_single_product_summary'), WP_Hook->do_action, WP_Hook->apply_filters, woocommerce_output_product_data_tabs, wc_get_template, include('/themes/xstore/woocommerce/single-product/tabs/tabs.php'), wpb_new_product_tab_content, WC_Abstract_Legacy_Product->__get, wc_doing_it_wrong Please see Debugging in WordPress for more information. (This message was added in version 3.0.) in /home/cherryredco/public_html/wp-includes/functions.php on line 4986
1. LIKE THE WAY (YOU FUNK WITH ME)
2. IS IT LOVE (FOR NOW)
3. PEANUT BUTTER AND JAM
4. GET UP OFF YOUR (ASSETS)
5. DO YOU STILL LOVE ME
6. MISSING YOU
7. A SONG FOR CARRIE

I Hope We Get To Love In Time: Expanded Edition