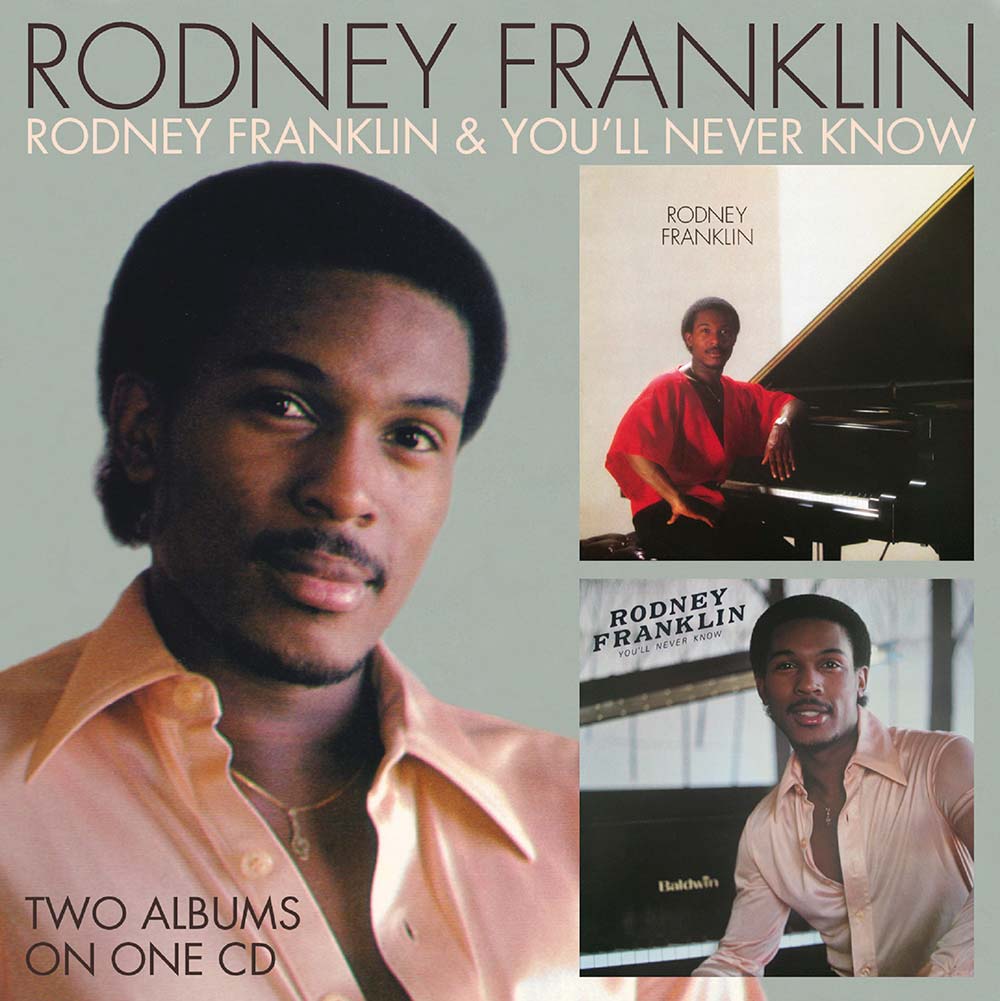 • Rodney Franklin was born in Berkeley, California on September 16th 1958 and was something of a child prodigy becoming a talented and original pianist by the time he was ten years old. After graduating he began to play professionally and toured with Bill Summers, singer Marlena Shaw, John Handy and Freddie Hubbard. Columbia Records head of Jazz, Dr.George Butler (who had previously headed the legendary Blue Note label) spotted him at a private party and signed him to CBS.

• “Rodney Franklin” was mostly produced by Dr.Butler himself and contained some revisits to tracks from his first album, notably ‘In The Centre’ which became a US hit. The mix is much the same as ‘You’ll Never Know’ and featured legendary Chicago arranger ‘Tom Tom’ Washington who also wrote and produced the album’s other minor hit ‘Windy City’ which also features Chicago guitarist Phil Upchurch and again lead vocals from Phyllis St. James. Washington also produced ‘Theme For Jackie’ and the remake of ‘In The Centre’ whilst George Butler produced the rest of the album.

• “You’ll Never Know” was a huge success in Britain where jazz funk was a major sub-genre of dance music and was produced by the British arranger/producer, Paul Buckmaster, better known at the time for his long working relationship as a string arranger with Elton John on much of his early work and on singles such as David Bowie’s ‘Space Oddity’.

• Thanks to support from DJ Chris Hill the track entitled, ‘The Groove’ became a major UK hit single after Hill played the cut incessantly as a major element in the popularity of the club dance, The Freeze. The single released in both 7” and 12” formats peaked at No.7 on the UK charts during the spring of 1980.

• “You’ll Never Know” was Rodney’s most successful album and gathered around him were some of the finest musicians available.