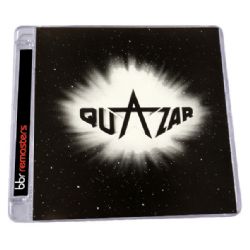 SKU: CDBBR0137
Categories: 9.95, Big Break Records, Physical, Sitewide Sale
Share:
Description
QUAZAR were a ten-piece funk group hailing from
New Jersey. This was their only album release coming out in 1978. They were led
by former P-Funk vocalist Glenn Goins who unfortunately died shortly before the
release. This led to the demise of the
band and less funk for the masses. Before they split they supported the likes
of Roy Ayers and Cameo.
QUAZAR featured Keyboard player Greg Fitz who
has also played with Bootsy Collins. The bass player, Eugene “Moochie” Jackson,
went onto write songs for Evelyn “Champagne” King and Odyssey as well as being
a member of the classic eighties funk outfit Slave.
FUNK ‘N’ ROLL (DANCIN’ IN THE FUNKSHINE) was
the first single from QUAZAR and peaked at R&B #11. It is a true
Bootsy-esque funk classic with a Gospel twist.
FUNK WITH A BIG FOOT was the follow up single
and is an old school Philly block party classic that’s sure to get any party
started.
Released in deluxe Super Jewel cases, with bonus tracks, QUAZAR is a
must for all Soul, Funk and Dance fans out there!