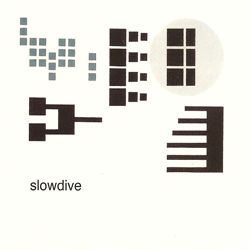 Pygmalion is the final album by the band Slowdive, released on February 6, 1995. A departure from their previous two albums, Pygmalion incorporated a more experimental sound tilted towards ambient electronic music, with sparse, atmospheric arrangements.
All compositions were by Neil Halstead. Lyrics on tracks Miranda and Visions of La by Rachel Goswell. The cover illustration is by acclaimed designer Steven Woodhouse. It was the final album before Slowdive disbanded in 1995, an event widely associated with the demise of shoegazing.

This re-issue long out of print now has an enhanced booklet with new sleeve notes by Mojo’s Kieron Tyler.

Re-mastered from original tapes, it features a whole disc of rare demos never before released on CD.

“Inspired by drug-fuelled trips to Brixton clubnight Quirky, ‘Pygmalion’ was mainly conceived by guitarist and songwriter Neil Halstead in his west London flat – instruments are looped into infinity, while Halstead and Rachel Goswell’s
vocals float in and out of the ether.”